Maybe you have heard about the popular clubs Morrisons and Morrisons 2 in Budapest. Recently the third Morrison’s opened too, the Morrison’s Liget, which located at the Népliget in the 10th district of the capital.

The Morrison’s Liget opened in 2011 September in Budapest. During these two years the club has convinced that it can make quality entertainment for everybody, who loves good music and the trendy parties until dawn. In the nightclub visitors could dance in three different dance floors. Everybody could find here the best music, for example electronic, r’n’b and retro style. Moreover the well-known Morrison’s drink discounts make better the night time here. Every day there is some different cocktails, which are cheaper than the others, and the beer of the nightclub is affordable all night long. What makes the Morrison’s Liget the best nightclub is, those who want to enter the club, have to be more than 18 years old and they have to prove it with ID or passport. In summertime the nightclub welcomes visitors with open-air dance floor and terrace. 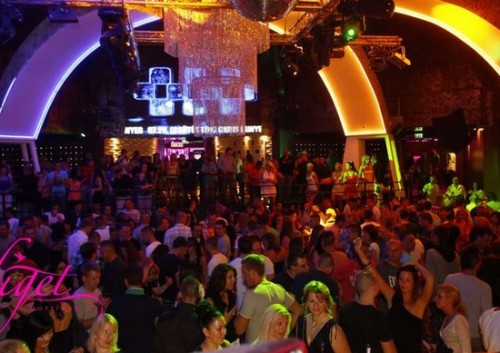 The easiest way to reach the Morrison’s Liget is with metro number 3 to the Népliget, after that it is just a few minute walk to arrive. In the middle of the night there are night public buses, for example the bus number 914 or number 950, but we think that call a taxi is a better option to arrive home safely.