The Museum of Fine Arts does its best in 2013. There will be better and better exhibitions in the whole year. The newest sensation is the exhibition named “Egon Schiele and his age” will be on display between 25 June 2013 and 29 September. 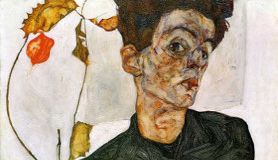 For those who haven’t heard about Schiele and his contemporaries, here is a little description, so you will feel like you want to see this great exhibition in one of the most amazing museums of Budapest.

The center figure of the exhibition is Egon Schiele, who was born in 1890 and died in 1918. Schiele’s artistic career was pretty short, only 10 years, but the Museum of Fine Arts could show his work on 50 masterpieces. Egon Schiele was only 16 years old, when he became one of the students of the conservative Academy of Fine Arts in Vienna, and because of that, he was the youngest student of the institution. He left the Academy soon, and founded the Neukunstgruppe, or New Art Group. The artists who influenced Schiele’s art were the Secession’s leading figure, Gustav Klimt, and other artists, who was the part as a guest of the group’s exhibitions (Van Gogh, Toulouse-Lautrec, and Munch). Soon, there was an artist, who joined to Schiele’s group, the Neukunstgruppe, he was one of the most outstanding man of the Austrian art, Oskar Kokoschka (guests could see his work too at the exhibition). The group members – and because of that, the creator of the masterpieces of this exhibition – are Albert Paris Gütersloht, Hans Boehlert and Anton Faistauert too.

Do not miss this fantastic experience, the cream of the culture between 25 June 2013 and 29 September 2013 in the capital of Hungary, Budapest, in the Museum of Fine Arts! Have a great time!