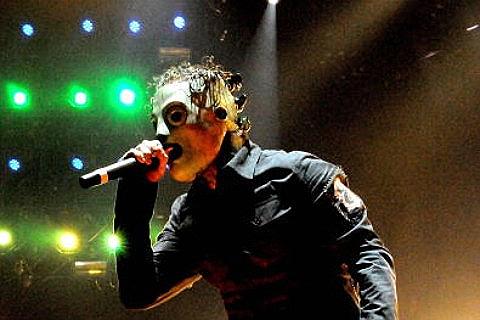 Slipknot the American heavy metal band will be on a world tour from 2014. Slipknot was formed in 1995 in the United State, in Iowa.

In the early days of their career there were several line up changes and the band consisted 9 members. Nowadays Slipknot only has 7 members. Slipknot is best known of their attention grabbing image, their aggressive music style and their energetic live performances. Slipknot came out with their first album called Slipknot in 1999. The first album brought them great success and they became worldwide known. Slipknot came out with their 5th studio album 5: The Gray Chapter in October in 2014. Slipknot will be on a world tour from 2014 and they will be on stage in different countries all around the world. They will start their concert tour in North America this year and they will continue their tour next year in Europe. They will perform in multiple European countries such as Hungary, Ireland, the UK, the Netherlands, Italy, Germany and so on. The Slipknot concert in Hungary will be held in the capital city of Hungary, in Budapest. The concert will take place at Papp László Budapest Sportaréna. The Slipknot concert will be on Thursday 5th February in 2015. Tickets for the concert are already available.

If you want to know more on the concerts tickets and the prices check the following site for more information: WorldTicketShop.