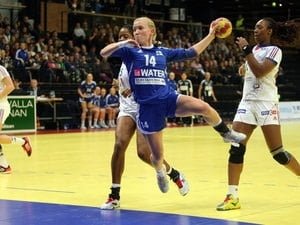 This year in 2014 the European Women’s Handball Championships will be held again. It will be the 11th time the international handball tournament for women’s national team will be organised by the European Handball Federation, and this time it will be arranged in Hungary and Croatia.

The EHF is also responsible for beach handball and to expand the attraction of handball in schools apart from organising the world championships and tournaments. This year the European Women’s Handball Championship will take place in December. The two hosting countries will be Hungary and Croatia in this year. The international tournament will be held from 7th December in 2014 until 21st December in 2014. 16 teams will be presented at the European Championship.

In group A there will be Hungary, Spain, Russia and Poland, in group B will be Norway, Denmark, Romania and Ukraine, group C will include Sweden, Germany, Croatia and the Netherlands and group D will be Montenegro, France, Serbia and Slovakia. The first game of the 2014 European Women’s Handball Championship will be held 7th December in 2014 at Audi Arèna in Györ in Hungary. The game will start at 18.00 in the evening.

During the final weekend matches will be played in Budapest, in the Budapest Sportarena. If you are in town and want to do some other cool programs, and maybe do some shopping at the Christmas market in Budapest, read around in our Budapest Guide for information on lots of cool activities and programs.