Skip to content
Budapest Guide > What’s on? > Blog > The Károlyi garden in the heart of Budapest 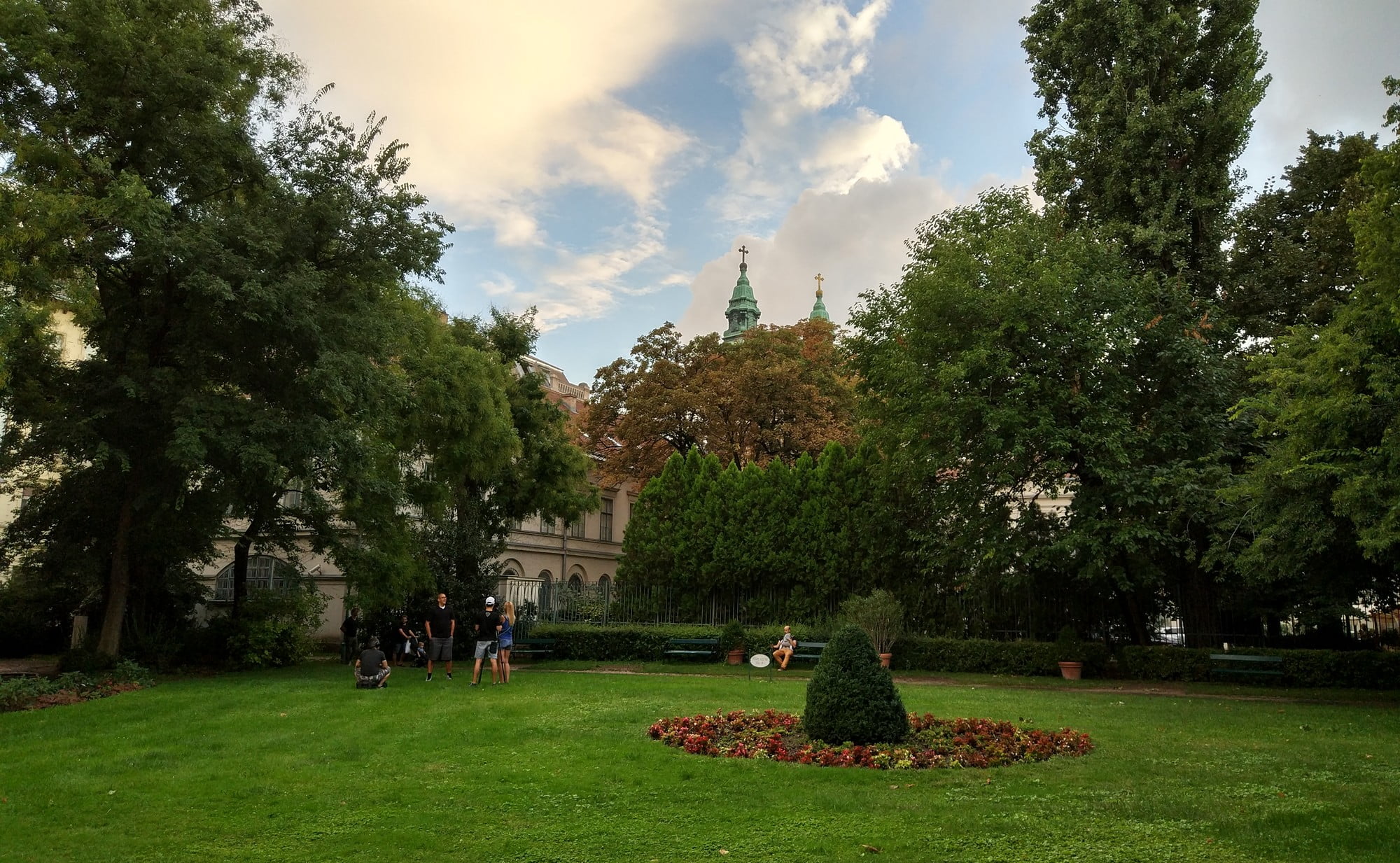 Few tourists have ever seen or visited the Károlyi garden, but if you want a breath of fresh air and a green lounge in the midst of your shopping time in Budapest, this is a garden worth visiting.

The Károlyi garden is located close to Váci utca, the shopping street in Budapest, but still hidden away. It is found in somewhere in the middle between famous spots such as Ferenciek tére, Astoria, and Kalvin tér. The park is one of the oldest parks of its kind in Hungary, and it has a rich and a long history.

It had its “prime-time” in the 19th century when it had lots of exotic flowers, its own tennis court, and other nice elements. The Károlyi family (the owners of the park) planned on selling the park at the start of the 20th century. However, it ended up in the hands of the state. Unfortunately, the park was heavily damaged during the Second World War, but after the war, it was quite quickly restored. But, during the 1970’s the park was closed down for almost ten years due to the construction of metro line three (the blue line). As a result, most flowers and green areas in the park died, and this had to be fixed over again as the construction work was finished.

Today it is a beautiful park. It doesn’t have the exotic flowers anymore, but it is still a peaceful lung in the heart of Budapest. There are two playgrounds in the park, there is a fountain, and there are several places where you can sit down to relax and gain new strength before discovering more hidden parts of Budapest.

The park is located next to the Karolyi palace, a beautiful building finished in 1830. Inside the palace, you can find the Petöfi Literature Museum, and you can also find the Karolyi restaurant, the location for one of our popular wine dinners in Budapest.