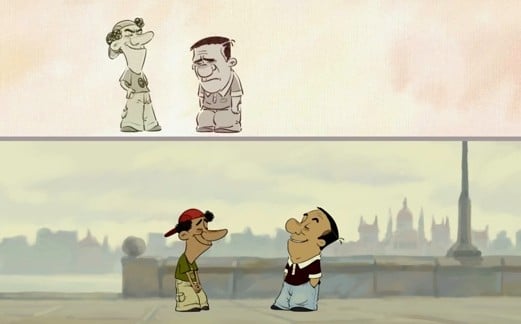 Are you showing your real feeling? Take a look at this amazing four minute short film made by Elena Rogova és Zsenya Pavlenko, the Amix Film Studio. The title is Appearance and Reality.

The scene for the film is Budapest and in the film you can see the Margaret Bridge, the Chain Bridge and the Hungarian Parliament clearly.

Here you can see a screenshot from the film in which you can see how the child truly shows his feelings, while the adults make an appearance, while the reality of their feelings shows something completely different. Enjoy the film, and if you like it, share this article and let more people see the film!