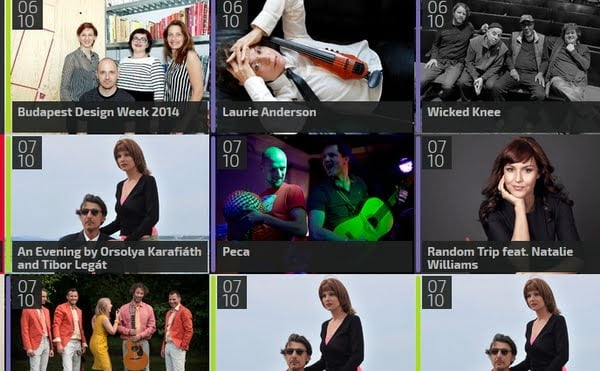 The Budapest Contemporary Arts Festival was originally called Budapest Autumn Festival. The festival celebrates the creativity and the achievements in the contemporary arts this year again in the autumn in Budapest.

During the Contemporary Arts Festival the cultural life of the city will come alive and the festival will offer a wide range of programs from the best classical and pop music to film, dance and children’s activity. The festival takes place at different points and places of the city including the most popular and well known Hungarian cafés and pubs such as A38, Cafe Jedermann and Szatyor Bar. In addition the contemporary art galleries such as Trafó and several theatres in the city such as Àtrium cinema or the National Theatre will be presenting the best pieces of the contemporary arts during the festival. The Budapest Contemporary Arts Festival offers a wide range of programs for everyone and the programs offer the best theatre, film and music performances. The festival takes place in the capital of Hungary Budapest from 3rd October 2014 until 19th October 2014.

If you want to know more on the festival and the programs in Budapest visit the official site for more information and details.