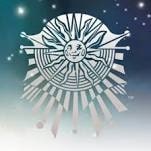 The Quidam is the ninth stage show by the Cirque Du Soleil. The show premiered in 1996 and it has been watched by millions over the years. The whole story is imagined by a little girl called Zoè who is ignored by his parents. She dreams the world of Quidam which is the only way of escaping her monotony and boring life. The shows title refers to a character in the show, to the man without a head who is carrying a bowler hat and an umbrella. According to the show “Quidam: a nameless passer-by, a solitary figure lingering on a street corner, a person rushing past. … One who cries out, sings and dreams within us all.”

During the years Quidam received several awards and nominations and became one of the most popular shows in the world.

The Cirque Du Soleil is on a world tour and they are performing Quidam several countries and cities all around the world from North America to Europe. They will be on stage in several European cities and countries such as Germany, Italy, UK, Poland and Hungary as well. Quidam will be shown in Budapest the capital of Hungary. It will take place at Papp László Sportarèna between 13th and 15th February in 2015. Tickets for the shows are already available.

For the tickets check the following site: WorldTicketShop