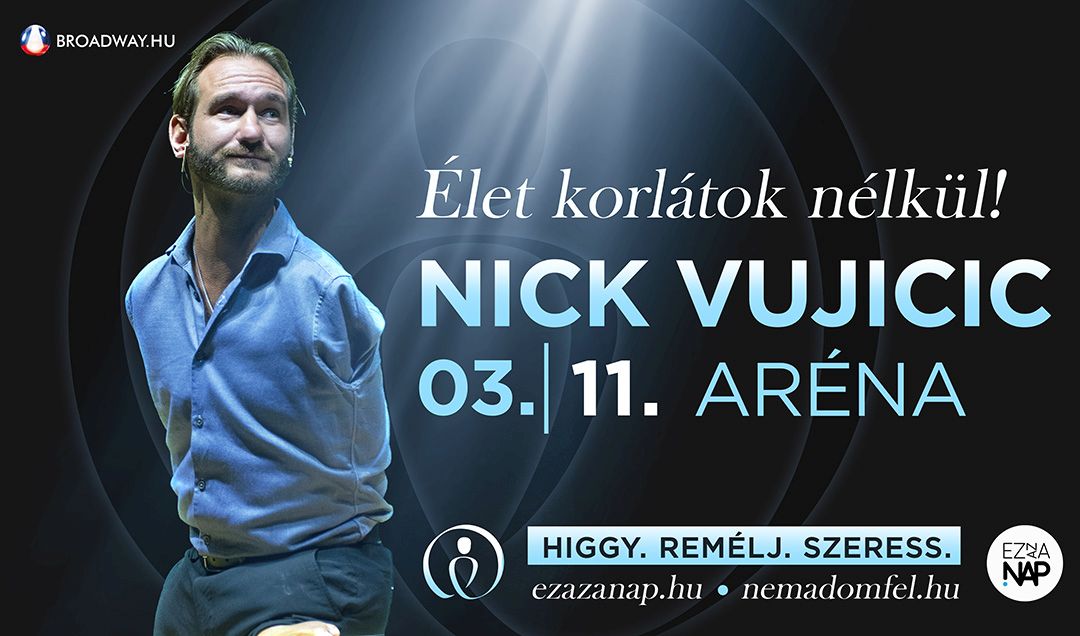 It is easy to feel sorry for ourselves when life is hard, and we struggle with others and ourselves. How would you feel if you were born without legs and arms? That is the reality of Nick Vujicic who will come to Budapest on March 11 to tell his story and what he has done to overcome.

Nick Vujicic is a motivator and listening to him certainly puts things in perspective. Listening to him might impact your life in ways you impossibly could imagine.

If you want to be there in Budapest Sportarena on March 11 to listen to Nick Vujicic, this is your chance.

Do not forget that you can read more about other events, concerts, exhibitions, and festivals in Budapest right here. Our Budapest Guide is also packed with information about attractions, activities, transportation, restaurants, hotels, and other information useful for tourists coming to Hungary.

Most people believe Måneskin to be a Scandinavian band due to the å letter in the band’s name. Månesking, however, is an Italian band that has taken the slow steps from being an unknown band to becoming one of the hottest bands in the world.

It all started as simple performances in the streets and squares of Italy. Later the band ended up second in the Italian X-Factor in 2017. The big international breakthrough came as they won the Eurovision Song Contest in 2021 with the song “Zitti e buoni.” Since then, they have created several other hits of which “Beggin” might be the biggest.

Would you like to listen to Måneskin as they come to perform in Budapest Sportarena in front of more than 12,000 spectators?

You can read more about other festivals, events, exhibitions, and programs in Budapest right here.

Do not forget to visit the famous attractions of Budapest as you come to the Hungarian capital. You can read about the coolest programs, the nicest attractions, the best restaurants, and much more in our Budapest Guide.

More than 10,000 people are expected to attend the Eros Ramazotti concert in Budapest Sportarena on April 19 in, 2023. Will you be one of them?

Budapest Sportarena is Hungary’s second-largest indoor concert venue, with space for more than 12,500 people. Eros Ramazotti has been to Budapest many times, and he always attracts the interest of locals and tourists coming for his concerts. If you want to combine a trip to Budapest and an Eros Ramazotti concert, this is an excellent chance to do so.

The cheapest tickets cost 15,000 HUF (37 euros), while the most expensive tickets cost 25,000 HUF (60 euros). There are still tickets available for the event, so if you are interested, you can easily attend this concert.

You can read more about Budapest Sportarena here. Would you rather read about other concerts in Budapest? Click the links to find all the information you need. Robbie Williams is one of the most popular singers in the world, and he has thousands of fans in Hungary. No wonder he always includes Budapest on the list as he travels on concert tours worldwide. The good news is that Robbie Williams is touring the world again, and he will return to Budapest in March 2023 to perform in Budapest Sportarena.

The new Robbie Williams tour is named “25 years of hits.” He will visit many European cities, including Bologna, Vienna, Lisbon, Barcelona, Frankfurt, Berlin, Cologne, Copenhagen, Amsterdam, Paris, Krakow, and others.

Budapest Sportarena is ideal for such an event as it has space for 12,500 visitors for concerts, making it the second-largest indoor concert venue in Hungary. The biggest is the MVM Dome, a brand-new complex with space for 20,000 people (making it one of the largest indoor venues in Europe).

Would you like to read more about other concerts in Budapest? Take a look at our Budapest calendar for more information and happenings. 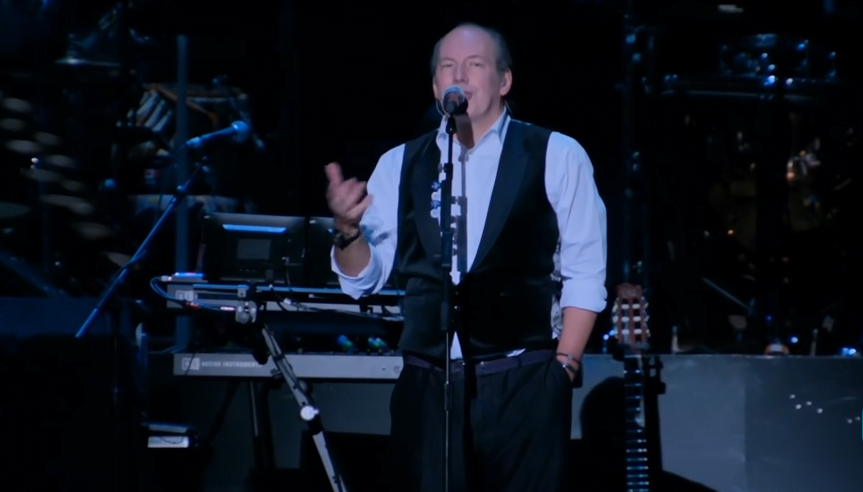 Are you a fan of all the fantastic music created by Hans Zimmer? Would you like to hear theme songs and music from movies such as Pirates of the Caribbean, The Da Vinci Code, Interstellar, and other movies? We cannot guarantee the playlist for the evening, but Hans Zimmer will escort you through the evening with music he has created for several movies.

Hans Zimmer leads the evening himself, meaning you don’t have to worry about your Hungarian skills. The entire event takes place in English and is led by Hans Zimmer. 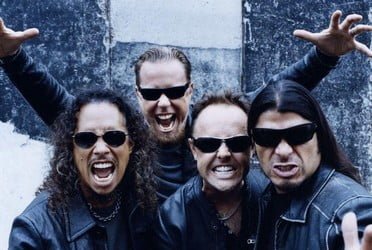 The fantastic band Metallica will come to Budapest on April 5th in 2018. They will perform in Budapest Sportarena, and you are of course invited to be there.

If you are a Metallica fan, you have probably noticed that they will go on a big tour in 2018 already. The entire tour starts in Lisbon (Portugal) on February 1st. After Lisbon, the band will visit lots of cities and nations, before they arrive in Budapest and Hungary on April 5th. A few days before, Metallica will perform in Vienna, then they will travel on to Prague, and then arrive in Budapest. If you want to be there at any of these concerts, use the ticket link beneath to grab hold of tickets for the concert you are interested in.

Metallica has been to Budapest lots of times, and hopefully, this will not be the last time.

How to get to the concert venue?

Would you like to know more about Budapest? Look around here in our Budapest Guide for more information, inspiration and lots of beautiful pictures. 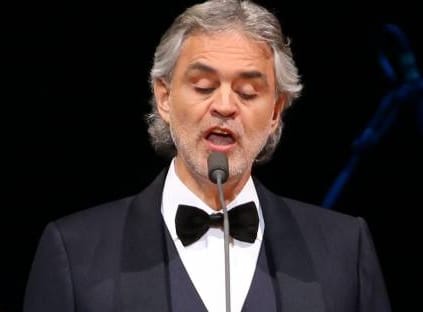 On November 25th it is time for a fantastic concert in the Budapest Sportarena. Andrea Bocelli will enchant the audience in the arena with his beautiful voice.

Andrea Bocelli is an Italian singer. He was born in 1958, and in the first twelve years of his life he could actually see in part. But, due to a football accident he had at the age of 12 he completely lost his sight, and he has been blind since then. Even though he cannot see, he can sing in an amazing way. That is why he is touring the world large parts of the year and in 2017 he is also on a big tour visiting larger and smaller cities all across the world, for example New York, Marbella, Monte Carlo, Bratislava, Prague, Paris, Chicago, Washington, Vienna and lots of other cities.

If you would like to be there at the Andrea Bocelli concert in Budapest on November 25th, then you can buy your tickets using the link beneath. It is quite interesting that Andrea Bocelli actually was in Budapest not long ago, and then he had a free concert in the St. Stephens Basilica. The amount of people who wanted to be on the inside was of course much bigger than the amount of people that actually got to be there, but still, Andrea Bocelli has a special spot in the heart of the people of Budapest.

For more information about other sights and attractions in the Hungarian capital, just look around and use the links in the menu. 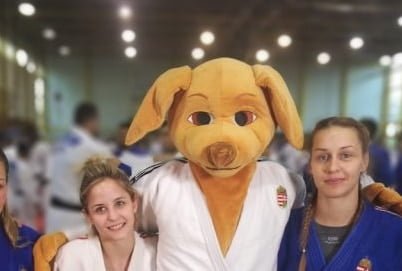 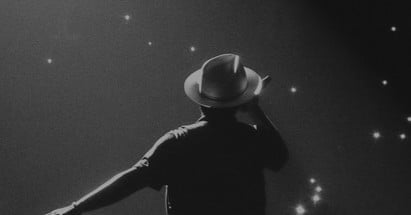 Are you a big fan of Bruno Mars? Come to Budapest Sportarena to experience Bruno Mars and his 24K Magic World Tour on May 30th in 2017.

By the time Bruno Mars comes to Budapest, summer has hopefully arrived to town long ago. You can therefore plan for beautiful weather, lots of sunshine, nice temperatures and fabulous music as you plan your weekend trip to Budapest, including a concert with Bruno Mars.

There are few artists in the world today as popular as Bruno Mars. His real name is Peter Hernandez, and he has produced some of the biggest hits in the world in the latter years. He even performed in the half time show during the Super Bowl back in 2016, which again says something about his status in the world today. The guy himself isn’t really that old, considering that he was born in 1985, making him 31 years at the moment.

If you would like to be there at the Bruno Mars concert in Budapest, then you can buy tickets using the link beneath. At the ticket site you will also find tickets for all the other Bruno Mars events in Europe in 2017. If you can’t make it to Budapest, you could for example consider a trip to Krakow where Bruno Mars will perform on May 27th instead?

Bruno Mars will probably not join us on a river cruise on the Danube, but if you first come to Budapest, you should not miss out on this popular activity. To enjoy a river cruise is a fantastic experience, especially in the evening. There are loads of other programs available in town as well, and we always recommend our visitors to taste some Hungarian wine, to join in on a guided tour and to visit the most important sights in Budapest. 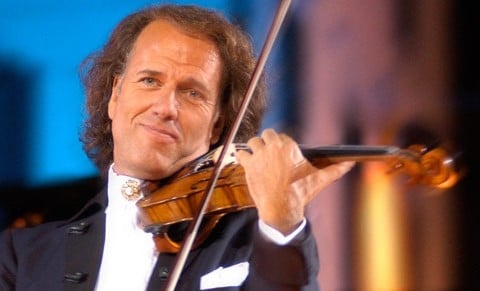 On June 16th it is time for a fantastic event for music lovers in Budapest. Andre Rieu will come to Budapest Sportarena and you are of course invited.

Andre Rieu is coming to Budapest to perform at least once a year. He is always filling up the Budapest Sportarena with spectators, and it is no secret that he has thousands of fans in Hungary. If you were hoping for an extra concert in Budapest due to his popularity we will however have to disappoint you. When Andre Rieu comes to Budapest he is on a tight schedule. The evening before he will perform in Zagreb and the evening after he will already stand on the stage in Stadthalle in Vienna to perform.

If you want to be there at the Andre Rieu concert in Budapest in 2017 then you can use the link further down to buy tickets for this and all other Andre Rieu events in Europe in 2017.

For those who find the tickets to be expensive we recommend that you use the money doing some other cool program in Budapest instead. Why not join us on a guided tour in Budapest, visit a brewery to taste some local beer, enjoy a river cruise on the Danube or maybe taste some local wine? Read more about all these activities here in our Budapest Guide.

We wish you a pleasant stay in Budapest. If you have comments or questions related to the concert, write a comment beneath!