Skip to content
Budapest Guide > What’s on? > Blog > Follow the Hungarian Viktor Kiraly in The Voice on NBC 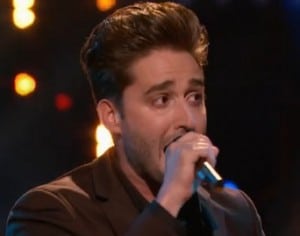 The Voice is one of the leading TV series for discovering new singers with an amazing talent. It has been on display in Hungary as well, but after one season they decided not to continue with the program. However there are other nations in which The Voice is much more popular than in Hungary and one such nation is the United States.

In the United States NBC is the company broadcasting The Voice and this is a very popular show there. That is why any appearance on the screen in association with The Voice in the USA can mean a big breakthrough for any singer. And that is why it is so interesting to follow the ongoing season of The Voice in the United States, because a Hungarian guy named Viktor Kiraly is participating, and if he succeeds tomorrow or Wednesday evening he will qualify to the live show which would mean extremely much to his career.

Even though you may not have heard of Viktor Kiraly before, most Hungarians have. Quite a lot of years ago he won the Hungarian Megasztar, a program working with the same model as for example American Idol. If you want to cheer for Viktor then you can do so watching the program on NBC, but you do not have any power to actually influence the decision, because it is his mentor who will decide between Viktor and Jordan. Here you can see a clip showing one of the performances of Viktor and the one that will finally decide whether he gets into the live show or not.

If you like this and want to watch the entire show online, then you can read more about watching NBC and The Voice online at nbc.fromabroad.org.

Enjoy the show and go Viktor!!