It is almost bigger than Christmas… Star Wars is coming to town. Tomorrow it is time for the premiere of the film in Hungary and just after midnight tomorrow (meaning early Friday morning) the biggest fans will be able to see Star Wars: Episode VII – The Force Awakens. 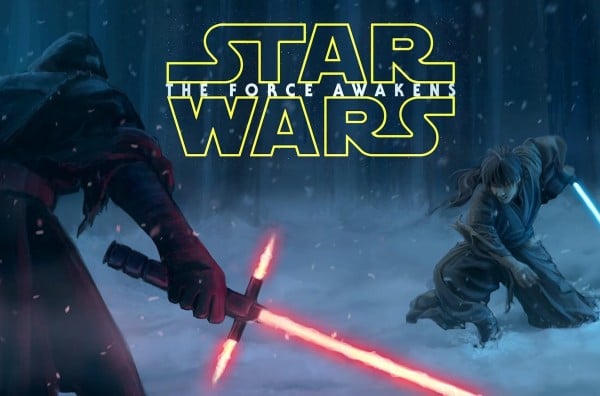 In other words, a few minutes after midnight, early Friday morning, or late Thursday night, the biggest fans will stand in line by the different cinemas in Budapest to see The Force Awakens. The ticket sale for the films started a month ago (or more) and all tickets were sold out quickly. So if you want a ticket for Star Wars in Budapest one of the first days then you should hurry up and get hold of them right away. There are some performances from 10.00 on Friday morning and for those there are still free tickets, so if you want to be among the first to see Star Wars in Budapest, then this is your chance!

It will probably take ages before we get to see the newest Star Wars film on Netflix, but if you want to watch the older Star Wars films then you can still buy them on Amazon.com or watch them there online.

If you are going to watch Star Wars in Budapest do not forget about the fact that most of the time the film will be dubbed, so if you want to watch it in English with Hungarian subtitles, check before you buy the tickets to make sure that you get tickets for the right performance. Enjoy!