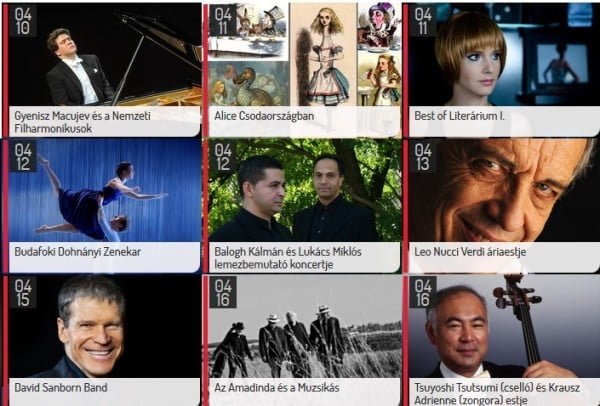 This is one of the most popular cultural events in Budapest which takes place at different points of the city. As in every year in 2015 the visitors can choose from a wide selection of various programs during the festival such as concerts, theatre performances, folk music and different children activities as well. At the Spring Festival there will be plenty of concerts, musicales, operas, different dance performances. At the exhibition visitors can listen to the best concerts of the different orchestras, philharmonics, musicians and singers such as the Dohnányi Orchestra Budafok, Denis Matsuev and the Hungarian National Philharmonic, David Sanborn Band, Kirill Petrenko and the Bavarian State Orchestra, Vladimir Ashkenazy and the Philharmonia Orchestra and so on. The Spring Festival in Budapest will be held from 10th April in 2015 until 26th April in 2015. Tickets for the concerts and the festival are already available.

For more information on the Spring Festival in Budapest check the following site or the official Budapest Sprint Festival site.