I live outside Hungary and would like to see the Olympic broadcasts from Hungary, but I am not allowed to see, or the broadcast simply does not work. What can I do? The same thing was a problem during the European Championship in soccer earlier this year.

This is a general problem and often the broadcasts are closed down for people living outside Hungary. When nothing special is going on the normal live broadcasts on the net do work, but for special happenings such as summer Olympics, world championships and European championships it does not work anymore. The solution is thus to somehow arrange with something that will make the webpage of the Hungarian television to believe that you watch from inside Hungary, meaning that you need an Hungarian IP address. A good solution for this is HideMyAss. It costs a bit money, but if you get a subscription you can watch as much as you’d like, not only in Hungary but also TV shows and events locked in other parts of the world. Just make sure to get a valid IP address in the selected country. It works easily and fine, and we have tried it ourselves.

If you want to try some free options, you should of course try M1 and M2 live feeds, or for larger events you might be lucky if you vision Eurovisionsports.

Links connected to this text:

Here you can also see a clip taken from abroad watching Hungarian television (M1 – MTV) during the Summer Olympics in 2012. 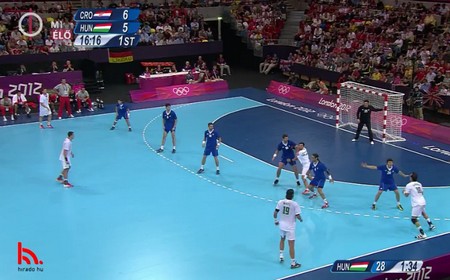 If you have other comments or feedback on any of this, feel free to write a comment on your own to come with further advices, experiences and help on the matter of watching the Hungarian TV channels from abroad. We know that it general everything is open and free to watch, but as mentioned earlier, during larger sports events and so on a lock is often put on the broadcasts making them unavailable to people watching from outside the Hungarian borders.