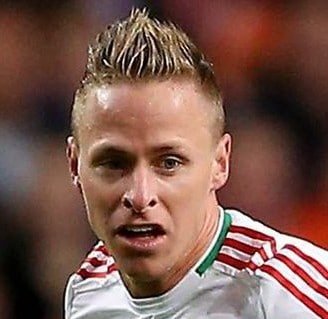 Yesterday we wrote about the upcoming wine festival, but if you are a football fan then something way more important is about to come up. We are speaking about two football matches which will give a strong pin point about whether Hungary is worthy of a spot in the Euro 2016 or not.

The first match will be played in Budapest at the Groupama Arena on September 4th against Romania. Earlier as they two teams met Hungary was lucky to grab 1 point after a Dzsudzsak Balazs goal on a free kick, but now they will play in Budapest which should give a small advantage to Hungary. For Hungary a win would mean a lot and be a giant step towards at least a qualification spot for the Euro 2016, but this match alone is not enough, because three days later they will play against Northern Ireland in Belfast, another team with whom they fight to qualify to the Euro 2016. Last time they met Hungary wasted their chances and ended up loosing 2-1, but maybe they can get a revenge in Belfast and bring three points home?

One more interesting thing is that Hungary will now play without Pal Dardai, who led Hungary in triumph in their previous matches, but who no longer was allowed by Hertha Berlin to continue his double work as the leading coach of Hertha and as the main coach of the Hungarian national team.

We will for sure sit in front of our screens to watch the matches. If you want to watch these matches to you can watch them on pubs and bars in Budapest or on M4. If you are located outside Hungary you can read more about watching the matches online at the linked sites.