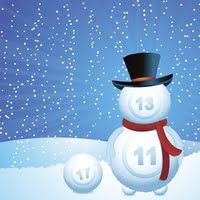 Budapest has humid continental weather which means the winters are cold and the summers are warm. The winters in Budapest are quite variable and unpredictable but surely cold and it receives only little sunshine.

The coldest months of the year are December, January and February even March can be cold but the weather starts improving slowly but surely. January is definitely the coldest month in Budapest with long, grey days and pretty cold nights but the freezing temperature is getting better in February when the sun comes out more and the days get longer with every day.

In the winter in February the average temperature is between 4 °C and -2 °C so if you visit Budapest in the winter be prepared for the cold weather with warm clothes, gloves, scarf and hat. During the winter season the city frequently receives light snowfall but less and less each year. On the other hand Budapest has long summers usually from May until late September and the temperature is between 32 °C and 35 °C. In Budapest in the summer is not unusual to have 25 °C at night.

If you want to know more on Budapest and on the programs check the following site for more information.