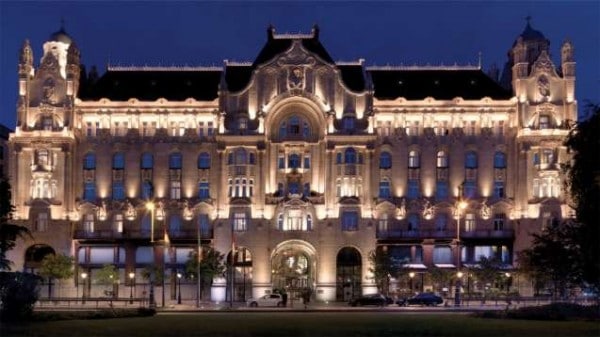 The Four Seasons is based in the capital city of Hungary in Budapest and the beautiful Gresham Palace gives home to this spectacular luxury hotel. The hotel has the ideal location for sightseeing as it is located in the heart of the city just right at the Danube, at the end of the Chain Bridge with a beautiful view over the Danube and the hills of Buda. Most of the attractions and historical monuments in the city is in walking distance as well as the nicest restaurants, pubs and clubs. The Four Seasons has excellent service, spa, indoor swimming pool and gym as well. At the spa you can have different treatments from massages through body, facial treatments to hand and foot treatments. You can continue your relaxation at the indoor swimming pool which is located on the top floor of the hotel next to the spa. The hotel also has separated steam rooms for woman and man and unisex sauna.

If you want to check the full list of the best hotels of 2015 check this site and if you want to know more on the Four Seasons Hotel Gresham Palace in Budapest click on this link for more information.

Check prices and availability for this hotel at booking.com 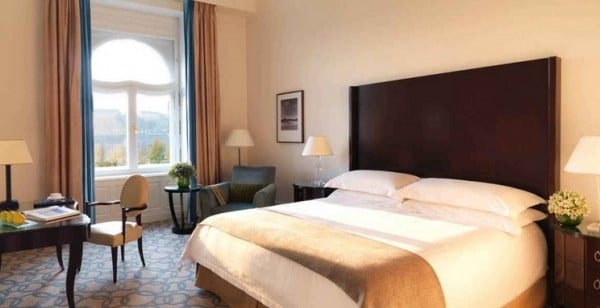 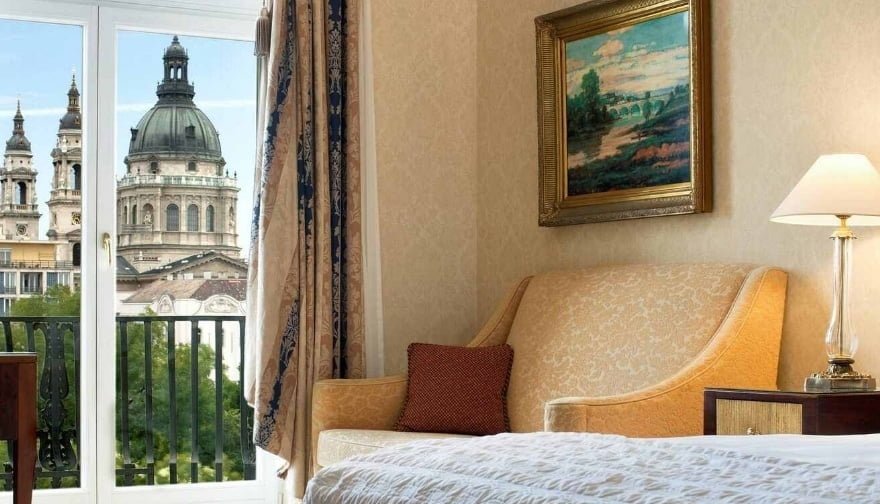 What is the best 5 star hotel in Budapest?

It is impossible to really answer such a question, as no answer is totally objective, and everyone will answer differently to that question. But, we can at least try to answer it, and then hopefully this answer will make it a bit easier for you to decide what five star hotel you want to stay in while in Budapest! Budapest is not the place for luxury chalets, but rather large large luxurious hotels in the city center with magnificent decorations on the inside, a real royalty feeling to them and service that make you feel like a dignity or some other super star, at least that is the way it is supposed to be!

If you visit a site such as TripAdvisor they will say that Corinthia Grand Hotel Royalis the best five star hotel in Budapest. The hotel has been voted among the most luxurious hotels in the world year after year and it is without a doubt a brilliant hotel with an amazing service, a wonderful Royal Spa on the inside and other services. Our problem with the hotel is the location, a bit outside the inner city center and not really ideal in our eyes. But, if you plan on staying a lot inside the hotel and only want pure luxury, this is probably it!

For a long time Four Seasons, located by the Danube and the Chain Bridge has been very popular among stars and celebrities coming to Budapest. It has a brilliant location, great service and everything is perfect, still – for us something is missing!

Some would say New York Palace, but the problem is the same as with Corinthia Grand Hotel Royal, the location (they are almost neighbours).

So, if we would decide – and in this answer we do… our favourite hotel would be Kempinski. It has a brilliant location, though the minus is that it has no view of Danube. But, within a few minutes you can walk to the Danube and that will have to do. You are near public transportation, near the shopping street, near a big park and everything can be reached within minutes from here. The hotel looks very nice both on the inside and the outside, and they have a very nice spa area, lots of treatments available and it is a stunning hotel! If the Danube view is important, we would go for Four Seasons instead!