SPAR Budapest Marathon is a fantastic event for those in love with running. Not only can you run a full marathon, but there are lots of other running competitions taking place in Budapest on both Saturday and Sunday during this event.

It is possible to run as a couple, you can run a set distance on Saturday and then run more on Sunday. There are also races for children, for families, and there is even a walking competition you can be a part of during this event in Budapest.

Would you like to participate in this event? Or maybe you want to know more about the options and the different distances? You can find more information at https://marathon.runinbudapest.com/

The competitions normally start from the Pazmany Peter setany (close to the Petofi bridge on the Buda side).

Is this an activity for you?

Are you used to running? If you have some experience, then you probably have a feeling about whether or not this is a task you can overcome. If the thought of running 5km makes you scared, then you shouldn’t start with a marathon. Instead, start running 5km and then do a couple of races in which you run 5-6km. Later you can increase the distance and start running 10km, 15km, and maybe even try a half-marathon after some months. It is important, however, to take it step by step. Going for a marathon without the correct preparations can have a bad effect in several ways; you might get discouraged, and it is much easier to get injured.

It is also worth remembering that several distances are available during this event. In other words, you can run even though you do not run a full marathon.

There has been arranged an annual marathon in Budapest since 1961. There was a change around 1984, and since 2009, the name-giver to the marathon is SPAR. The best time ever run in the present era in this marathon is from 1984 when Zoltan Kiss ran the distance in 2 hours and 15 minutes.

The number of participants varies each year, but it is normally between 30,000-40,000 participants running the different races.

The route starts near the Petofi bridge on the Buda side. There is no fixed route for the Budapest marathon, meaning that there are minor and sometimes bigger changes to the route every year. 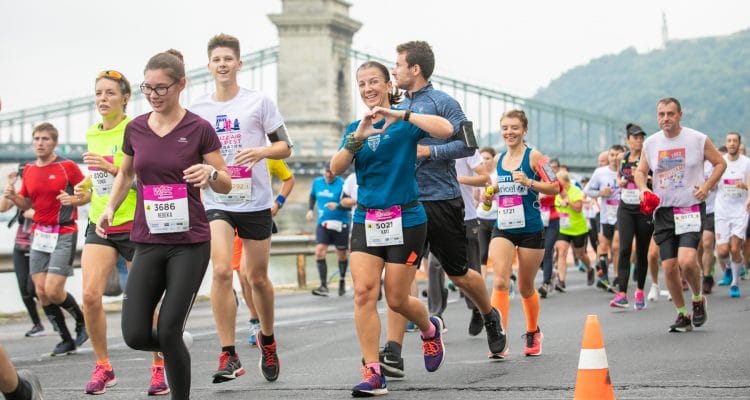 It is time to get out and do something fun again. Are you ready to run a half marathon in Budapest? The annual event, the Wizz Air Half Marathon, will be arranged in Budapest on September 10th in 2023, and this is a fantastic chance to see Budapest while running around the beautiful capital of Hungary.

There isn’t much information available in English about the event yet, but the online registration for the event can be found at: https://www.budapestfelmaraton.hu/online-nevezes/

If you use the page above and combine it with Google Translate, you should be able to succeed! 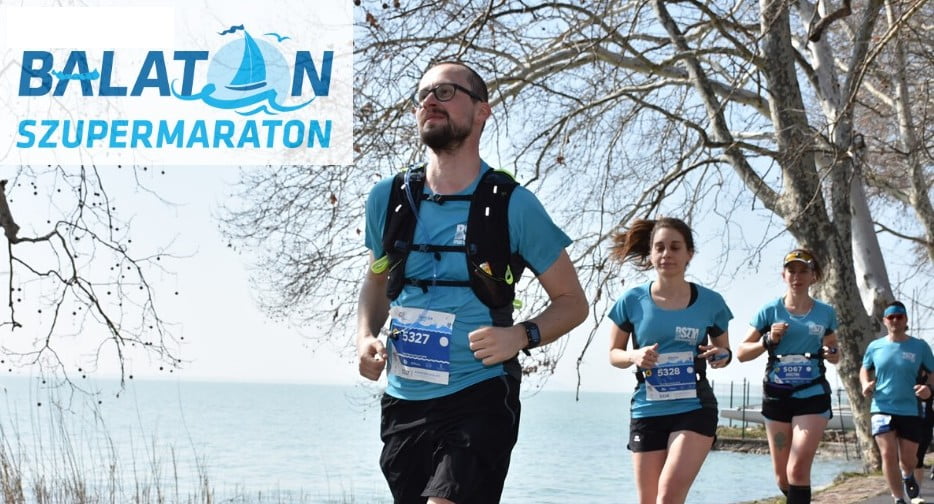 Are you tougher than steel, and braver than Superman? Then the Balaton Supermarathon has got to be something for you. Discover the most beautiful lake of Hungary while running on this marathon lasting for either 2 or 4 days.

All participants taking part in the Balaton Supermarathon will have to choose between one of the following contests.

Those who decide to do the entire action all by themselves will run the following paths on the given days.

Doesn’t that sound like a wonderful experience? You will not have much time to drink wine and enjoy the area, but I guess you have lots of reasons to celebrate on Sunday as you get to the finish line of the amazing Balaton super marathon.

How to register for the Balaton Supermarathon?

If you want to know more about the event and register for the event, then do so at https://balatonsupermarathon.runinbudapest.com/

It is worth registering as quickly as possible, because it gets more and more expensive the longer you wait.

Go ahead and start training. It is probably wise to gain some experience and speak to a personal trainer before going on such a marathon, at least if you don’t have long experience doing similar stunts from before.

Other programs in Budapest and Hungary?

Would you like to know more about other programs and events in Hungary? Check our events calendar right here.

Do you need help with some private transportation from the airport, or maybe you want to book a brewery dinner? Look around here at www.hungarybudapestguide.com for more information and help! 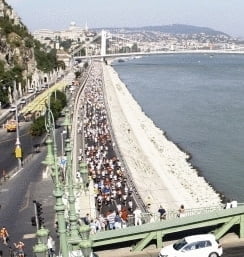 Do you have some good shoes and the capability of running at least 3,4km and maybe as much as 21km? Then you can join in on the WizzAir Budapest Half Marathon coming up on September 14th in 2014.

This is a cool marathon with thousands of competitors every year. Lots of the partakes come from Budapest and Hungary, while quite some thousand are tourists coming to town combining pleasure and joy with running. If you want to partake in this event yourself, then you can find more information about the Half Marathon in Budapest on September 14th at the following website.