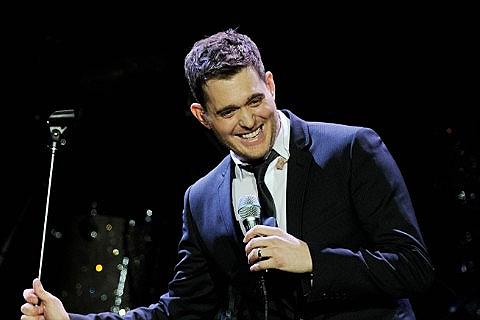 Michael Steven Buble better known as Michael Buble is a Canadian singer, songwriter and actor. He was nominated to several awards and he won four Grammy awards and multiple Juno awards. He is now coming to Budapest!

His biggest breakthrough in music was in 2005 when he released his album the It’s Time. Two years later he came out with a new album called Call Me Irresponsible which was ranked number one on the Canadian Albums Chart and on several other European, Australian charts as well. In 2009 he released another album the Crazy Love which debuted at number one on the U.S. Billboard 200. His latest album came out in 2013 To Be Loved which was released in April.

Michael Buble is giving concerts all around the world this year. He is touring with his new album To Be Loved which is his fifth concert tour he started his tour in 30th June 2014. He is coming to Europe too and will be on stage at many different cities during his tour. He will perform countries such as England, Germany, Poland, Austria and he even visits Hungary as well. In Hungary the concert will take place in Budapest at Papp László arena. The concert will be 2nd November in 2014. Tickets for the concert are already available.

If you want to know more about the concerts, the dates and prices click the link beneath.