Skip to content
Budapest Guide > What’s on? > Blog > The 13 Martyrs of Arad – Clinking of beer mugs

October 6. 1849 was a date still to be remembered and commemorated in Hungary. On that day 13 of the generals from the 1848-1849 revolution in Hungary against the Habsburgs were executed in Arad (in Romania today). At the same day Count Lajos Batthyány was executed as well, the first Hungarian Prime Minister. Today a square near the Liberty Square has an “eternal light” named after him (located at the placed where Count Lajos Batthyány was killed).

The famous Lajos Kossuth (whose statue can be seen at for example the Heroes Square and outside the Parliament) managed to escape to USA before they caught him as well.

It must be said that most historians claim this to be just a legend, and that written records do not support this theory! 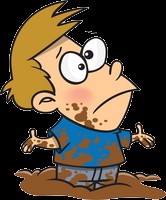 The 13 Martyrs of Arad