It is summer, and in the summer Hungarians escape Budapest and visit Lake Balaton instead. And what do they eat there? The most popular “Hungarian” fish!

You should be warned, some people will not agree on calling this the most popular “Hungarian” fish. There are some other popular fish types in Hungary, for example, carp, catfish, perch, and pike. But, when the Hungarians travel to Lake Balaton, they eat something completely different, namely the “Merluccius Merluccius“, better known as the European hake (in Hungarian “Hekk“). The funny thing is that this fish doesn’t origin from Hungary, and not even from Europe, but from the coasts of Argentina.

According to this article, the fish is captured in Argentina and transported to Hungary, where it is almost served as a “national” fish. According to Wikipedia, it is a popular fish to catch also in Europe, but the one we are eating in Hungary is supposed to origin from Argentina. It is, however, due to the popularity of the fish in Hungary that it is often considered a fish of the Hungarians, and thus it should origin from Hungary, at least in the minds of the people.

How do Hungarians eat the fish?

If you buy this fish by Lake Balaton, or somewhere else, it will most likely look something like this. 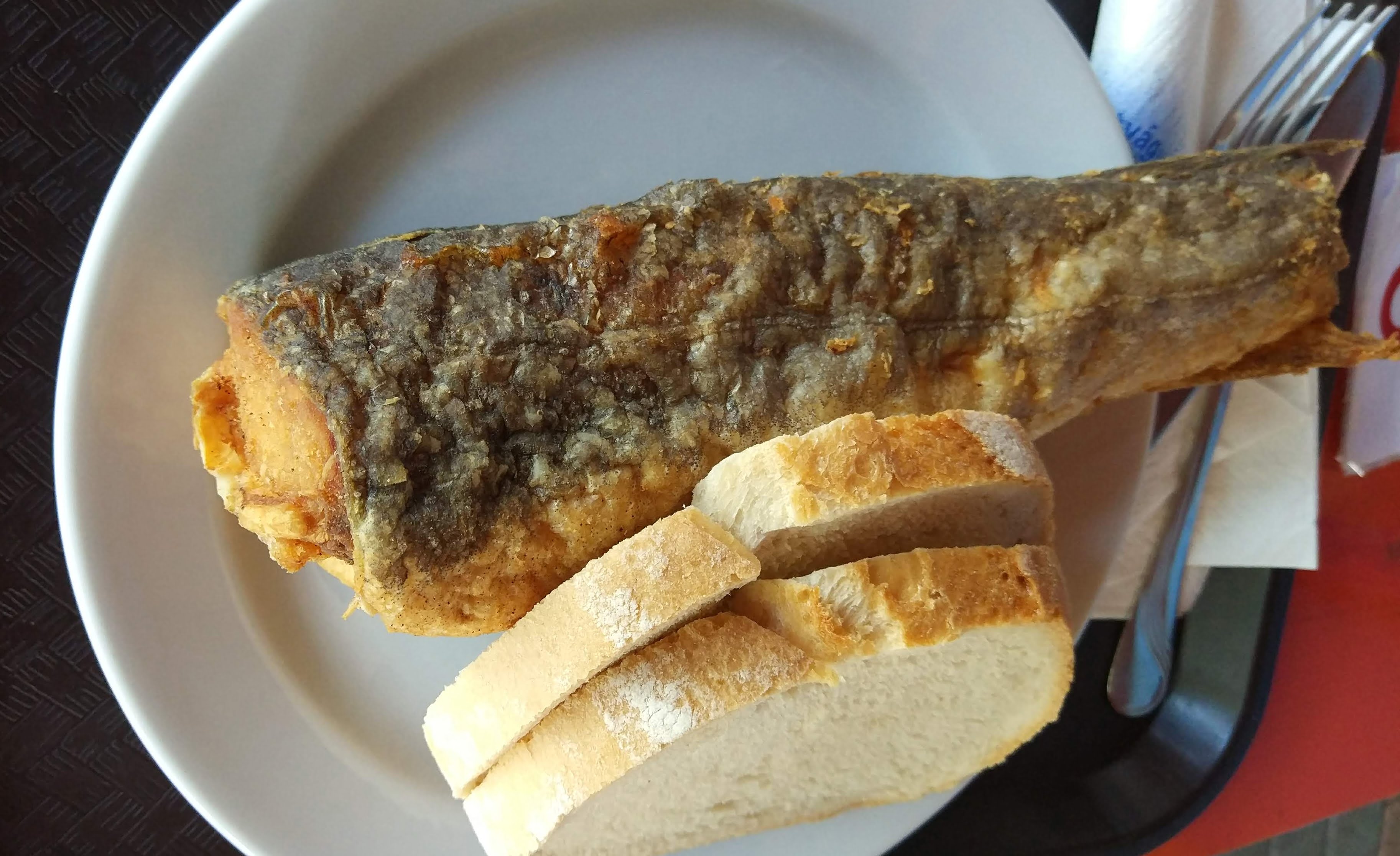 It is normally fried in oil and server together with white bread. It is very easy to eat as the meat can easily be removed from the fish-bones (which are so big that it is no trouble at all getting rid of them).

So, the next time you want to eat a fish course in Hungary, consider the European Hake, better known as “hekk” in Hungary. But, be warned – you will not find it in normal restaurants, only by Lake Balaton, along with the “Romai part” (in Budapest), and other places with beach-like circumstances.