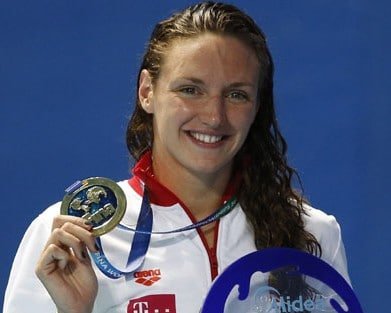 In the period between August 5th and August 21st there will be more than 100 Hungarians traveling to Brazil and to Rio to defend the glory of Hungary. During the London Olympics in 2012 Hungary was one of the top ten nations when it came to gold medals, and now the Hungarians hope that their contestants will compete just as well this time.

When to cheer for the Hungarians during the Summer Olympics?

Their biggest stars are Katinka Hosszu (swimming), Daniel Gyurta (swimming), Áron Szilágyi (fencing), Krisztian Pars (Athletics) and Laszlo Cseh (swimming). Look out for these and all the other Hungarian contestants as you get ready for some late nights up watching the Summer Olympics.

Our predictions for the Summer Olympics 2016

We hope that Hungary will bring home 10 gold medals, most of them coming from swimming (won by Katinka Hosszu, Daniel Gyurta and Laszlo Cseh).