Attention, Ladies and Gentlemen, music lovers near and far! A real celebrity will arrive to the capital of Hungary, to Budapest, on 9 November 2013, to fill the Budapest Sportarena’s stage with love emotion and music. This man is no other, but the Italian romantic hero, Andrea Bocelli. 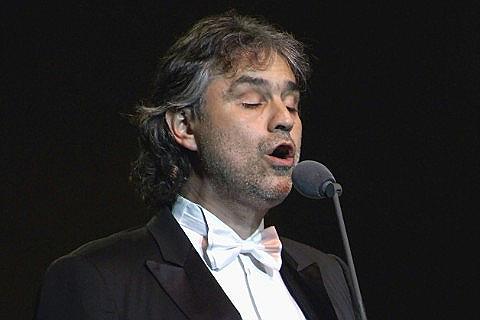 Bocelli was born in 1958 in Italy. As most people surely know, the talented tenor is blind, caused by a hereditary disease. This tragedy didn’t ruin Bocelli’s plans to reach their desire. After several instruments he tried the God-given instrument in his throat, his voice and he found his own way. When he was young he could pay the singing master, because he played on piano in bars and he studied law studies in Pisa. Bocelli’s style originates from the master’s feeling about pop music and opera and the result is the mix of these two types. With this shake Bocelli became famous in classis and pop music circles either.

Bocelli’s last album released in the start of year 2013, January, the title is Passione and it is full with beautiful love songs. The Italian tenor worked together with famous stars like Jennifer Lopez or Nelly Furtado.
Hungary is very lucky, because Bocelli usually gives only a few concerts in a year and in 2013 Budapest will be one of the stations, so visitors could hear the old classics and the new miracles too in live on 9 November 2013 at the Papp László Sportarena. Have fun!