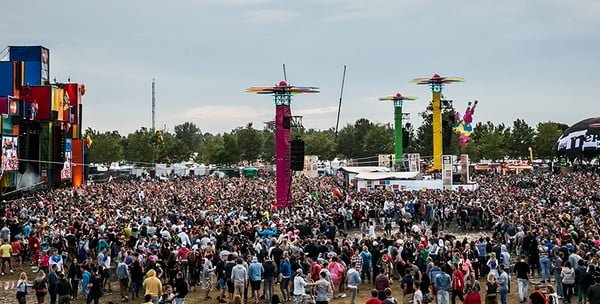 Balaton Sound is another popular festival in Hungary during the summer. The festival takes place at Zamárdi which is a small city right next to lake Balaton. In 2015 the Balaton Sound will be arranged between July 9th and July 12th.

Balaton Sound is held every year in the beginning of July in the summer and in 2015 the festival will open its gates again from 9th July until 12th July in 2015. Just like Sziget and Volt Festival Balaton Sound is also one of the most visited festivals in Hungary and every year the quality of the festival gets better, apart from the greatest concerts and parties Balaton Sound also offers a wide selection of other programs for the visitors.

An extra that the festival is just right to the lake Balaton where you can cool yourself down during the day time when the weather is boiling hot. The programs and concerts for next year has not been announced yet but like in every year the visitors can except the best performances and the most popular musicians, singers and DJs.

Last year’s biggest names were David Guetta, Wiz Khalifa, Armin Van Buuren, Martin Garrix, Martin Solveig, Rita Ora and so on. If you want to know more on the programs and concerts of last year check the following site where you can get the newest infos on the festival, the concerts and the tickets as well.