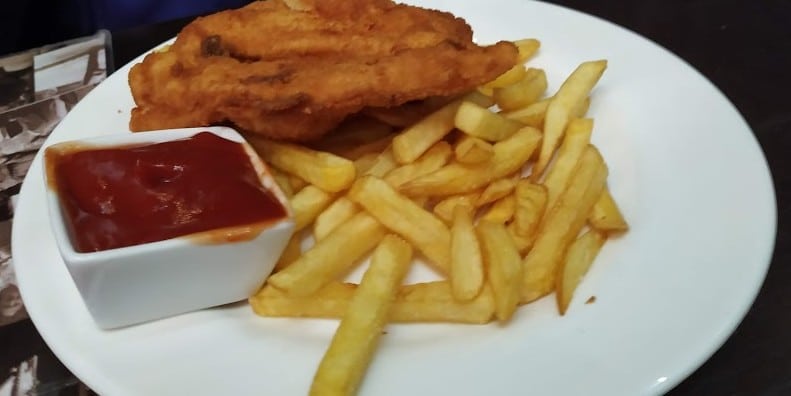 Visegrad is a very popular destination among tourists coming to Hungary. Not only because of its delightful location along the Danube River but also because of the mighty castle on the top of the hill giving an even more stunning view towards the countryside and the Danube.

Lots of larger tourist groups join in on daily excursions from Budapest taking them to the city of Szentendre, to Visegrad, and to Esztergom. But, if you decide to visit Visegrad and want to grab something to eat, where should you go? Is Don Vite Ristorante a place worth visiting?

Don Vito Ristorante is an Italian restaurant in Visegrad. While most of the other restaurants in town are all about traditional Hungarian courses, this is one of the restaurants suitable for those who want to eat pizza and other Italian courses. But, what is the quality like?

The price level of Don Vito in Visegrad is nice. The pizzas cost around 2000 HUF (6 Euro), while the other main courses cost between 2000-4000 HUF (6-12 Euro). The service is quick and good, and we got our food served within 25 minutes from the time we ordered.

Not only do they serve big portions of Italian food, but they also have children’s menus available, something that comes in handy if you arrive with smaller kids. Above you can see a picture of the traditional Hungarian Wiener schnitzel served together with friend and ketchup. Normally, there wouldn’t be any ketchup for this, but since it is a children’s menu, they serve it with this as a sauce.

As an Italian restaurant, they need to have lasagne on the menu, and so we decided to test the Don Vito lasagne as well. It was actually quite good, and it was a nice portion of food. We wouldn’t travel to Visegrad to eat this lasagne, but if we first visit the village and eat in Don Vito, then this isn’t a bad choice at all.

We had to taste some pizzas as well in Don Vito. They had quite a lot of different pizzas on the menu, and the price level is fair. The size of the pizzas is 32cm, which is the traditional pizza size in Hungary. Just like with the lasagne, the pizzas were absolutely fine. They were nothing special worth visiting Visegrad for, but if you are first there, this is a great and cheap option for a good meal.

Don Vito Ristorante is a good option for a meal in Visegrad. If you reside in Budapest, do not forget to read about all the restaurants in Budapest featured in our guide. We can also offer wine dinners and wine tasting options, and even a brewery visit with lots of food in Budapest.

Would you rather enjoy a meal in traditional restaurants such as Sir Lancelot, Aszu restaurant, or maybe a steak in La Pampa Budapest? Click the links for more information and the chance to reserve a table in these restaurants.

Have you been to Don Vito in Visegrad? Write a comment and let us know how you enjoyed your stay!