Skip to content
Budapest Guide > What’s on? > Blog > The Illusionists in Budapest

Now you see me, now you can’t! This is a great magician quote, and after that it is time for magic. I November the show named the Illusionists will come to Budapest and for three days they will amaze people as they perform in the SYMA Csarnok in Budapest. 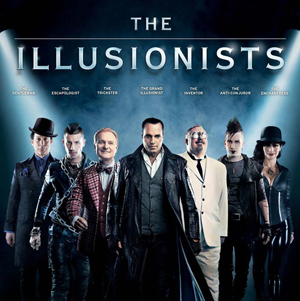 The initiative to collect the world’s best magicians to one group popped out from two American producers’ head. The members are Italian, American and English and everybody has a special ability. There is mentalist, escape artist, wizard and inventor too. The Illusionists’ world premiere was in 2012 at the Sydney Opera House and it had huge success. After that the world’s number one magician group has captivate Australia, Asia and America; now they will visit to Europe to charm the audience here too. This is actually a big achievement, because this type of entertaining wasn’t too popular out of Las Vegas. These talented magicians have already charmed the legendary David Copperfield too.

However it is true, the November end date is not exactly a travel time, but we warmly recommend you the Illusionists’ show between 22 and 24 November 2013 at the SYMA Arena in Budapest. The overwhelming show would be great fun for adults and children too! Have fun!