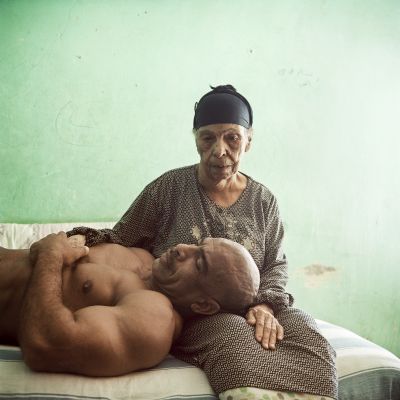 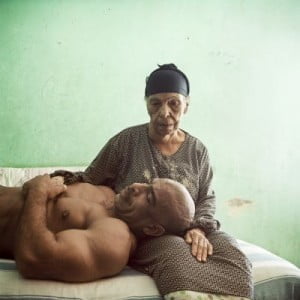 Every year the exhibition shows the current issues and events around us in the world. This is one of the most popular events in Hungary and in Budapest. The World Press Photo exhibition shows a wide range of pictures from last year and at the exhibition visitors will have the chance to get more information on the events such as the biggest sport events and political happenings, every day life and the most outstanding figures of last year. The exhibition displays more than 143 pictures.

The World Press Photo is an independent non-profit organisation which was formed in 1955 and based in Amsterdam in the Netherlands. The World Press Photo is focused on presenting the world how it is and to let the visitors discover and explore more of the world we live in. During the exhibition visitors will have the chance to see the best pictures of the world from last year and to understand the outer world around us. The World Press Photo 2014 will take place in Budapest at the Nèprajzi Múzeum from 26th September until 26th October 2014. The tickets for the exhibition for adults is 2100Ft but there are family and reduced tickets as well.

If you want to know more on the museum, the exhibition and the prices check the official site.

In this cool exhibition in the Museum of Ethnography in Budapest you can see works made between 1880 and 1920, mostly made by art teachers, showing churches in Transylvania. The official description says: “The works exhibited show important sites of our built heritage, Calvinist, Roman Catholic, Unitarian, Greek Catholic, Orthodox, churches and bell towers from multiethnic and multidenominational Transylvania.” If this sounds interesting, why not check out the exhibition? It is going to be on until March 18th, 2012.

The natural scientist Lajos Biro collected a whole lot of treasures and goodies during his time in Oceania. He lived between 1856 and 1931. Just to let you understand the greatness of the Biro collection, read this:

“The full Bíró collection, including the group of objects from Huon Gulf is outstanding not only for its documentation but also for its quantity. Its 5,519 items represent more than a third of the total Oceania collection containing 14,600 items (the museum’s second largest non-European collection.“

The exhibition in the Museum of Ethnography, part of the Uplifting Century national series of programmes, presents carpets made in peasant households in the light of and together with the efforts made in the late 19th century to promote cottage industry.

If this sounds interesting you have 8 months left before this temporary exhibition will close up in the Museum of Ethnography in Budapest.

The goal of this exhibition is to inspire you to make your home a bit more Hungarian, and to get ideas for how to use folk art in your own home. The title of the exhibition is: “Living Folk Art 2010”, telling us that at this exhibition you can see how Hungarian Folk art is used in homes around Hungary as of now, and as you see this, you might want to grab hold of some Hungarian handcrafts, to make your home a bit similar to this. Check out this maybe inspiring exhibition between October 29th and March 27th in the Museum of Ethnography in Budapest.

Did you know that the Museum of Ethnography formerly gave home to the Palace of Justice? After that it gave home to the National Gallery, and then in 1974 the Museum of Ethnography moved into the building. In this exhibition named “Metamorphoses: From Palace of Justice to Museum” you can see the building and its development, changes and beautiful architecture.

More about the exhibition (press release):
Ilmari Tapiola (b. 1955; Sámi name Gáva-Jon Ilmar) comes from a village of Kaava (Gávva) on the Teno River (Deatnu) in the municipality of Utsjoki. Tapiola is both a reindeer herder, an entrepreneur in the field of fishing tourism and a maker of handicraft.
When he was young, the prospects of Sámi handicraft were poor, especially as concerns the handicraft made by men. Industrial products had replaced the tools, dishes, containers and other objects in which things were kept that had been traditionally made at home, and there were only few masters of Sámi handicraft left.

Ilmari Tapiola learnt the basic skills of Sámi handicraft on the courses held at Christian Folk High School of Inari, where his teachers included Ilmari Laiti and Juhan Rist. In 1974, Tapiola left – with two other Sámi from Finland – for the Sámi High School of Jokkmokk, Sweden, to continue his training there for two years.

His themes include braids, plaits, basket-work ornamentation, stars and suns, but sometimes he decorates, freehand, his work with natural motifs and figures from the Sámi drums. He makes his handicraft both for the use of his own family and for sale.

The handicrafts of the exhibition are made of “hard” materials, that is, from birch gnarls and the high quality antlers of a bull reindeer. The gnarl lids of chests and containers and the handles of gnarl cups have been decorated with antler inlays. Some knife sheaths, reeds and shuttles are made from only one material: horn.

The carvings on the horn are made visible with the help of a colour that has been ground from charcoal. Air compressor tools have made it easier to work the materials, but it is now more difficult to actually get a hold of the materials that one needs.

If you would like to get to know the culture of Java, a nice museum to visit is the Museum of Etnhography in Budapest, next to the Hungarian Parliament. The exhibition is available between June 19 and July 14, so you better hurry up if you are interested.

Hugo Alvar Henrik Aalto was a Finnish architect and designer, sometimes called the “Father of Modernism” in the nordic countries. His work includes architecture, furniture, textiles and glassware. Now an exhibition has been launched presenting his work in Budapest. Official press release about the exhibtion can be found below:

Press release:
Alvar Aalto (1898-1976) is recognized today as one of the masters of modern architecture and the most influential Finnish architect worldwide. The exhibition highlights four one-family houses that form a varied and fascinating entity in Aalto’s extensive output. The buildings presented in the exhibition include The Aalto House, Villa Mairea, Muuratsalo Experimental House and Maison Luis Carré. Elements typical of Aalto, the human scale and strong connection to nature, can be found in all these buildings. At the same time, they reflect the changes that took place in Aalto’s production in general.

“There is a hidden motive, too, in architecture, which is always peeping out from around the corner, the idea of creating a paradise. It is the only purpose of our buildings. If we do not carry this idea with us the whole time, all our buildings would be simpler, more trivial and life would become – well, would life amount to anything at all? Every building, every work of architecture, is a symbol which has the aspiration to show that we want to build a paradise on earth for ordinary mortals.”

A new exhibition has come to the Museum of Etnhography, and it is entitled: The Kalevala through the Eyes of Hungarian Artists. This exhibition can be seen between February 27 and May 9th, 2010.

About Kalevala: (source: Wikipedia)
The Kalevala is a book and epic poem which Elias Lönnrot compiled from Finnish and Karelian folklore  in the nineteenth century. It is held to be the national epic of Finland and is traditionally thought of as one of the most significant works of Finnish literature. Karelian citizens and other Balto-Finnic speakers also value the work. The Kalevala is credited with some of the inspiration for the national awakening that ultimately led to Finland’s independence from Russia in 1917.

The name can be interpreted as the “lands of Kaleva”. The epic consists of 22,795 verses, divided into fifty cantos or “chapters” (Finnish runo).