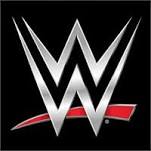 WWE or World Wrestling Entertainment, Inc. is an American privately controlled entertainment company which was founded 21st February in 1980 by Vince and Linda McMahon. The WWE shows are not legitimate sporting events but they are based on pure entertainment. If you want to see this crazy show, then come to Budapest in April 2015, because the WWE guys is coming to town!

They present story line, script and the matches are choreographed and they often use moves that can be dangerous and can cause injures if they are performed incorrectly. The WWE is on a tour from 2014 and 2015 and will preform in different European countries during the tour. They will give plenty of live show across Europe.

They will give several shows in the UK in different cities such as Liverpool, Leeds, Brighton, in Germany they will be in Frankfurt, in France WWR will perform in Paris and in Italy they can be seen in Milanoo. They will even perform in Hungary as well. In Hungary the live show will take place in the capital of Hungary in Budapest. The WWE live show will be held at Papp László Budapest Sportaréna.

Tickets for the WWE live show are already available and can be bought from WorldTicketShop.