One of the most popular pop singers of this year will concert on 7 November 2013 in Budapest. The young singer was born in 1985 in the capital of Hawaii, Honolulu. His mother was a child when she moved to Honolulu from the Philippines, and his father moved to the Pacific island from Brooklyn. 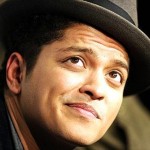 His father played on Latino drum instruments, and his mother was a hula dancer, so it might guess from where he inherits his talent. He was quite young, when he started to deal with music, soon after he became the world’s youngest Elvis-imitator, and after he played in the film, Honeymoon in Las Vegas, he formed the young Elvis Presley. After he finished the secondary school he moved to Los Angeles, where he firstly became a recognized music producer and song writer and he worked with stars, like Travie McCoy, Adam Levine, Brandy and Sean Kingston, but he worked on Flo Rida’s worldwide famous song, the Right Round. But the real success occurred after his work with B.o.B. on the song “Nothin’ on You” and with Travie McCoy on the song “Billionaire”. Both hits reached top ten places on several point of the world.

However he released only two albums, he got several awards, for example Grammy in the “Best Man Pop Singer” category, the ASCAP’s “Song of the Year” award, the Billboard, BRIT Award, the American Music Award, the MTV Music Award and the People’s Choice Award too.

Don’t miss your chance, come to Budapest, spend a wonderful day in the city and see Bruno Mars, how he shakes up the audience of Papp László Sport arena on this cold November night!