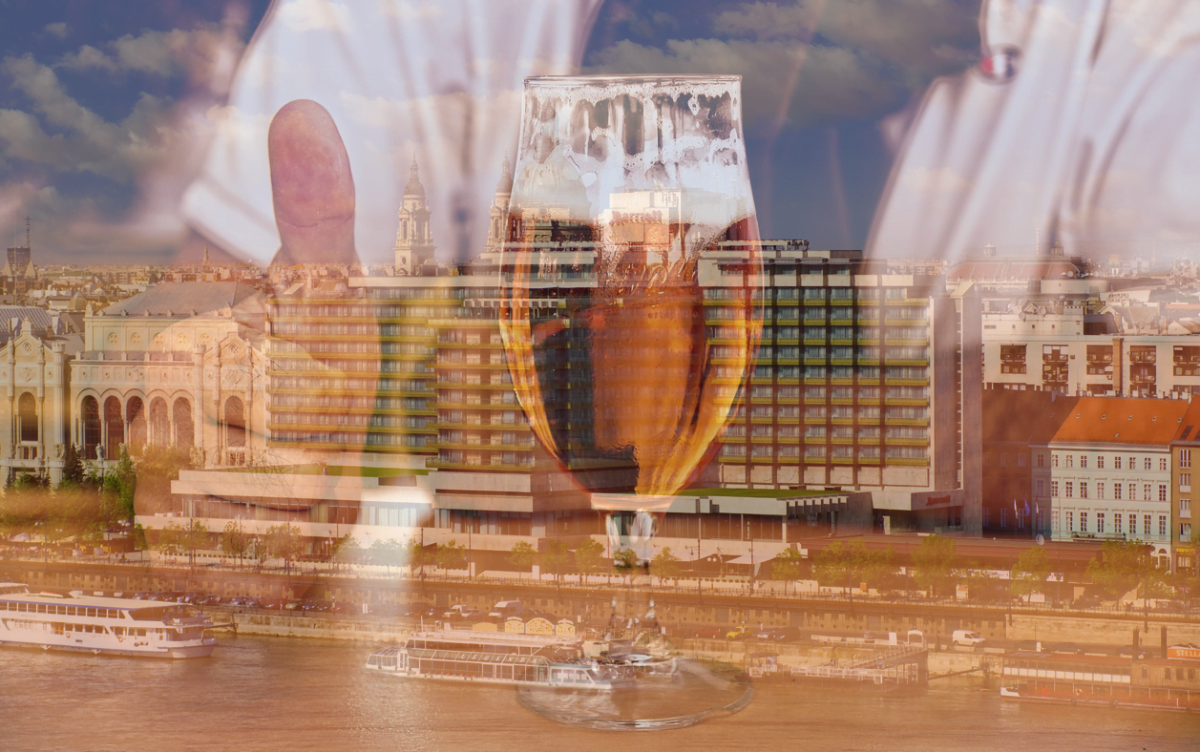 Are you a beer enthusiast? Would you like to taste and enjoy different beers in a five-star environment in Budapest? Come to the indoor Beer Festival in Budapest, which is arranged in the Marriott Hotel next to the Danube.

Most beer festivals are arranged outdoors, but this is a different kind of festival. It is not so much about quantity but about experiencing and tasting beer. As you buy a daily ticket for the event, you can taste beer without limit. It is, however, essential to know that you only get 1-2 dl of beer in the glass. Why is that? This festival is, first of all, about tasting and experiencing beer. A nice beer glass is also included in the entrance fee to the festival.

It is also possible to combine the beer festival with a fantastic six-course dinner on both evenings of the festival.

Tickets: You can buy tickets to the festival here.

Would you like to read more about other events, festivals, exhibitions, and programs in Budapest? Take a look at our Budapest calendar. 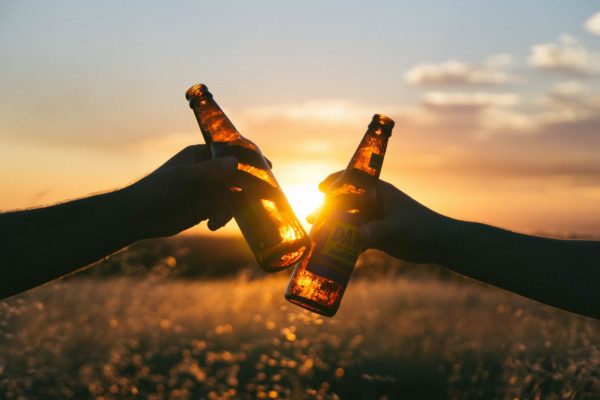 Between August 23rd and August 26th, the annual Buda Castle Beer Festival will be arranged again. Are you in town? Check it out!

The Buda Castle Beer Festival is supposed to be an annual event and it has been so for many years, with an exception in 2017. This is the place to go for beer lovers who want to taste different beers and drink it while enjoying a stunning panorama.

But, the beer festival isn’t only about drinking beer, it is also about food. Hungary is well known for its tasty (and sometimes fat) food, and at the beer festival, you can taste all sorts of food.  Some people like to eat a traditional Hungarian sausage with their beer, while others just eat a sweet chimney cake. The possibilities are many. If you haven’t been to such a festival before things are even better, as all tastes are new, meaning that you have a lot of tasting to do!

There will also be live concerts taking place in the festival area, but no information has been given so far about which artists will perform.

The entrance fee is 2500 HUF if you buy the ticket upon arrival at the festival area. To get to the castle area we suggest using bus 16 or 16A from Deak Ferenc Tér and travel with it to Disz tér.

Cannot come to the beer festival? Why don’t you taste some great beer as you join us at a brewery visit instead? 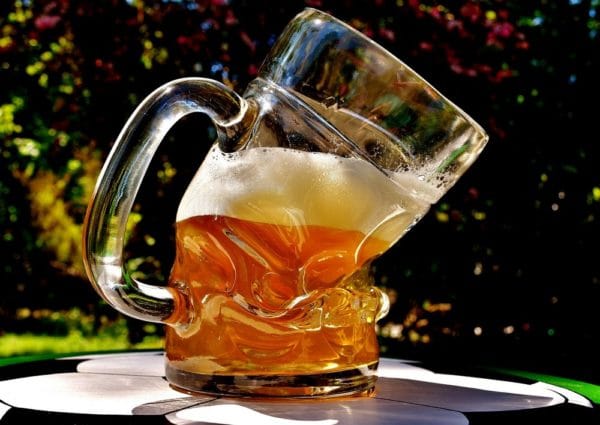 Come to Budapest and enjoy the Downtown Beer festival at the Szabadság square (Liberty square) between June 6th and June 10th in 2018.

The Beerfestival was earlier known as the Buda Castle beer festival, but they probably realized that larger crowds will come if the arrange the festival downtown, and it is also cheaper to rent space downtown compared to the castle area. And, the Liberty square is simply awesome, so you better check it out just for the sake of being a tourist. But, if you first visit the Liberty square, why not taste some cold Hungarian beer in the heat? 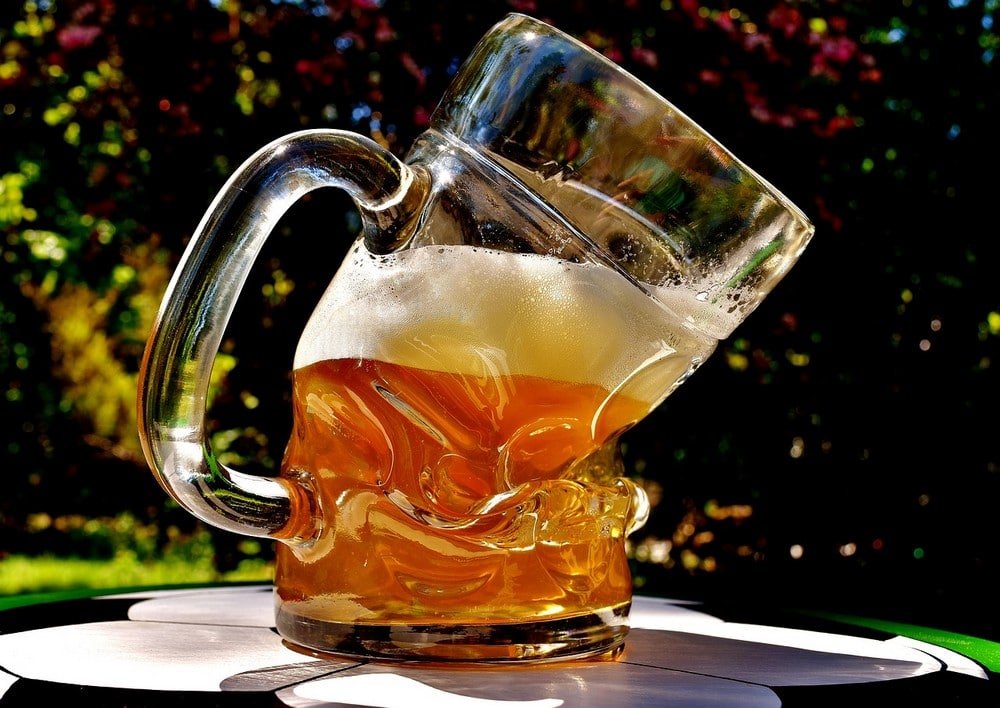 If you come to Budapest some other time and want to taste delicious Hungarian beer, why not join us at a brewery visit. There you can taste quite a lot of beer, taste some Hungarian fruit-spirit (Palinka), and you even get a lot of food? You can read more about the brewery visit in Budapest right here.

The Buda Castle Beer festival is coming back again in 2015 and it will be arranged between June 11th and June 14th in 2015. The location is as the name tells us, the Castle of Buda, one of the most beautiful locations in all of Budapest with a magnificent view!

At the beer festival you can get to taste a lot of different beer made and brewed in Hungary, but in addition you can get to taste some beer from abroad, for example quite a lot of Belgian beer. This is not only for beer enthusiasts, but also for those who enjoy good music, because every evening during the festival there will be concerts with famous Hungarian artists, and for those coming in from abroad Dr. Alban is maybe the most famous of the artists to perform.

The festival has an entrance fee of between 2000 and 3000 HUF, depending on the day you visit, but you can also buy a ticket valid for the entire festival which only cost between 5000-6000 HUF.

Check this out everyone if you are a fan of beer. If you can not come to town for this festival, why not come with us to our brewery visit instead? And find out more about what is going on in Budapest right here.

Yesterday was the opening day of the annual beer festival in Budapest at the Castle Hill, and it looks very promising. Most festivals are very calm and quiet on the opening day, but considering the amount of life and people present yesterday evening, this will be the number one party area in Budapest this weekend.

Inside the festival area you can find lots of stands where you can taste all kinds of beer, mostly Hungarian and Czech beers, but also some Belgian and beers from other nations. In the Lion courtyard a large stage can be found and at the stage there are cool artists performing and the entire courtyard is packed with people, so an amazing atmosphere there. During the most popular concerts people cheer, dance and clap in front of the stage, giving you a both a music- and beer festival feeling at the same time.

Before the festival I was a bit afraid that the new time for the festival (June instead of August/September) might harm the amount of people coming to the festival, but I think I had no reason to fear. It was lots of people in the area!

Wonder what the festival looked like? Here you can see some pictures we made yesterday during the festival.

Today is the first day of the Buda Castle Beer Festival in Budapest. This is a highlight of the season for beer lovers coming in from all the nation, and of course from outside Hungary.

Normally this festival has been arranged in the autumn, but the arrangers said that wanted to make this festival a wonderful way to start the summer, so that is the main reason for moving the festival to the middle of June.

The entrance fee is 2000 HUF for one day and inside the festival area you can taste way too much beer, eat snacks and drink some wine and Palinka as well.

If you are in town, check out this festival from June 13th till 16th.

Budapest is a city of great festivals, and this year between August 25 and 28 a new festival will see the light of day in the capital of Hungary. Budapest Beerfestival will be arranged in the backyard of the Castle, and this is a festival where you can taste a mixture of Hungarian beers and international beers. There will be several other programs, concerts and artists on the spot.

Other festivals and events in Budapest