The Hungarian Formula One Grand Prix takes place at Hungaroring outside Budapest. The winner of last year’s race will return to defend his victory, while the other formula one drivers will come to revenge for their defeat from last year.

The F1 Grand Prix in Budapest has been arranged every year since 1986, and every year hotels, apartments, and restaurants are filled up with people coming to Budapest to see and, experience the annual Formula One Grand Prix in town. If you are planning to come, make sure to book your hotel room or apartment well in time, if not, it might be too late, or you will have to sleep in some hidden camping somewhere out in the forest, as everything else will be full! If you want some Formula 1 tickets, then check the link further down on the page.

For more information on how you can watch this event on the Internet (if you can not actually be there at Hungaroring), read the following article.

Want to know more about other events in Budapest? Click the link to find information about other festivals, concerts, and events taking place in Budapest and around Hungary.

Do not forget, we can also help you with your private airport transfer, booking of river cruises, enjoyable wine tasting experiences, private guided tours in Budapest, and so much more. Look around here at www.hungarybudapestguide.com and be inspired! 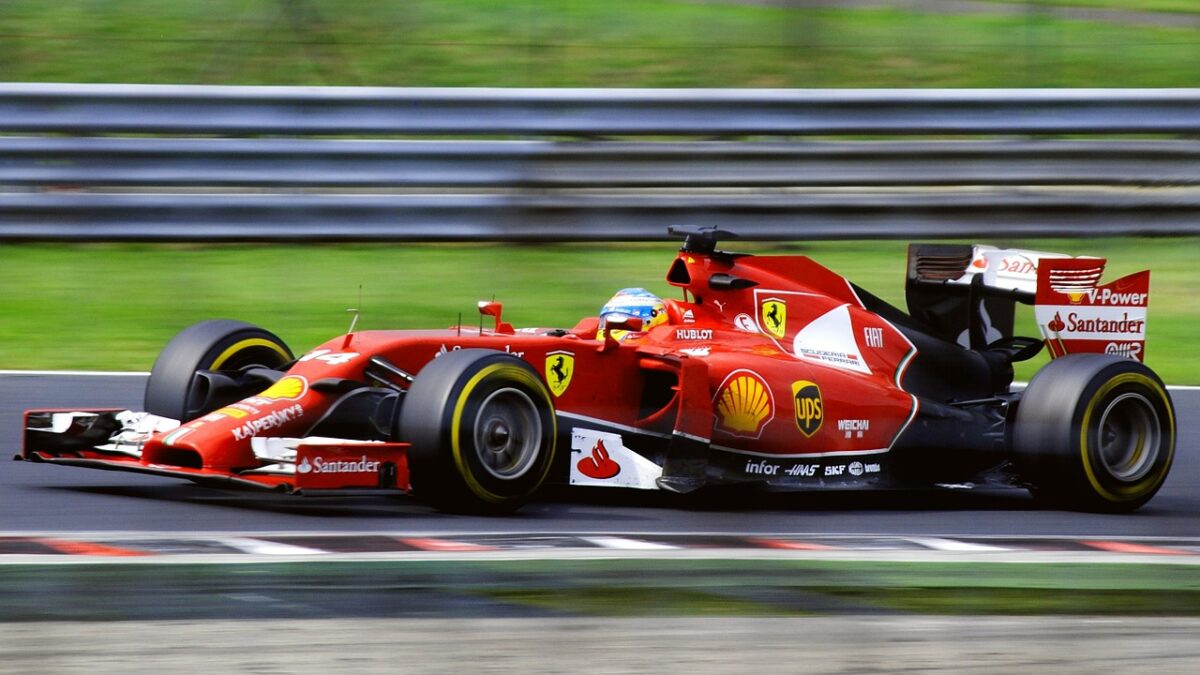 This year’s Formula 1 race at Hungaroring outside Budapest is getting closer. Are you coming to Budapest to see the race? Do you think Hamilton will win yet another race?

It has almost been all about Mercedes so far in the Formula 1 season so far. Lewis Hamilton and his mate Bottas have won most races so far, but before they all get to Budapest, they will race at Silverstone in England and at Hockenheim in Germany. It was during the Austrian Grand Prix that the first non-Mercedes driver won a Formula 1 race this year (Verstappen), so it will be very interesting to follow the drivers as they come to Hungary.

Lewis Hamilton has a good habit of winning in Hungary, but can he win at Hungaroring once again?

The main race will be arranged at Hungaroring outside Budapest on August 4th, starting at 14.00. If you want to get to the race it is often easiest to order a taxi from the reception at your hotel. You might just jump on a taxi as well, but that is a risky business and will often turn into a very expensive experience.

Do not forget to start early. There are thousands of Formula 1 fans that will move in the same direction as you before the start of the race, meaning that this often takes a lot of time and it is better to be one hour early than one hour late! Once you leave the venue, there will yet again be thousands of people going in the same direction as you, so it might take some time for you to get back to the center of Budapest again after the race.

Watch the Formula 1 race on TV

Haven’t gotten hold of tickets for the races yet? You can buy them outside the venue as well (that is also risky business). You might be lucky and get some good tickets, but you are most likely to pay a lot for your tickets (much more than you should), and you might even end up with fake tickets, so it is not recommended to go for such a solution.

In other words, if you do not have a ticket for the race yet, maybe you should just watch it on the TV instead. The official broadcaster of Formula 1 in Hungary is M4, and this is a free state-owned channel. So, if you turn on the TV in your hotel room and look for M4, you will most likely find the channel and be able to watch Hamilton, Verstappen, Bottas, and the rest of the drivers.

You can also watch M4 online at mediaklikk.hu if you do not have a TV in your hotel room or in your apartment.

If you want to know more about other programs in Budapest, look around here in our Budapest Guide. You can read about fantastic wine dinners, excursions, brewery visits, and guided tours, so you will for sure be inspired and find some cool activities suitable for you as you look around!

The most popular weekend of the year in Budapest is the Hungarian Grand Prix weekend. In the end of July the best Formula 1 racers in the world come to Budapest to compete at Hungaroring, so also in 2017.

The main race during the Hungarian Grand Prix in 2017 will be arranged on July 30th. There will be qualification races on July 28th and July 29th, but the big final will be held on July 30th. If you want to be there, then you can buy tickets for the event from Viagogo.

It is worth noticing, that you should book your Budapest hotel as soon as possible, because prices go up and rooms are sold out quickly after the announcement of the dates for the Hungarian Grand Prix. You will for sure find rooms in hotels close up to the event as well, but if you want to find the hotel room of your dream stay in Budapest, then you better hurry up!

In 2016 Lewis Hamilton won the race in Budapest (for the fifth time), but can he do so again in 2017? He is currently the most winning driver at Hungaroring (with five victories), one more than Michael Schumacher. Last year he not only won the race in Budapest, he also won the Grand Prix in total. Are you coming to Budapest to cheer for Lewis Hamilton or some other driver?

What else to do in Budapest?

There are lots of other programs available in Budapest, but you better hurry up if you want to enjoy a river cruise, a brewery visit, a wine tasting or maybe a private guided tour in Budapest during the event. You can read about such activities here in our Budapest Guide, so look around and contact us as soon as possible if we can help you out in any way!

There are only a few days left and the city of Budapest is ready for a new Hungarian Grand Prix. In two days the qualification rounds will start at Budapest and Formula 1 fans from all across the globe have already started to invade the city.

Last years winner Sebastian Vettel is doing good this season, but he has not managed to win a single race so far. Can this turn around when he comes to Budapest? Or will the Hungarian Grand Prix in 2016 become like the rest of the season, a battle between Nico Rosberg and Lewis Hamilton?

It will for sure be exciting to follow the broadcasts from the Hungarian Grand Prix, or if you have a ticket for the event itself, that is for sure the very best way to follow the race.

You can read some more about the Hungarian Grand Prix here, or if you want to know more about how you can watch the Hungarian Grand Prix online, simply press the link. One of the channels broadcasting the event is M4 in Hungary, a free TV channel, meaning that you can easily watch the event in your hotel room or on the Internet if you can’t be there at Hungaroring yourself.

Who do you think will win the Hungarian Grand Prix in 2016? Our guess is that Lewis Hamilton will win, but we do have a hope that maybe Kimi Räikkönen or Sebastian Vettel can win the race and get closer to Rosberg and Hamilton in the top.

The Formula-1 is a worldwide liked car racing. This is the highest category of car racings. At the event the cars are open body, one seat, operating at atmospheric pressure with combustion engine. The competitions take places in different countries, these are the Grand Prixes. The more place competitions’ one station is no other, but Hungary. The Hungarian Grand Prix happen near to the capital, Budapest, in Mogyoród in every year since 1986 without break. The Hungarian motorway’s official name is Hungaroring. The motorway reached its final form in 2003, it’s 4,381 meters long.

And in this year, 2013 the time of Hungarian Grand Prix is coming, so those, who love Formula-1’s excitement, speed and sometimes dangers, do not miss it! Visit to Hungary, book a room somewhere in the capital, Budapest, view the local attractions, the historical buildings, the bridges, the Danube and everything else, and between 26 and 28 July 2013 let’s go to Mogyoród! Moreover, there is an amazing Aquapark in the city, where you could easily rest the tire of cheerleading.

Be the part of the Formula-1’s history at the Hungarian Grand Prix at Mogyoród. Cheerlead together with more thousand people to Hamilton, Button and the others, excite the competition, taste the Hungarian specialties in the city and have a great time from 26 to 28 July 2013! Have fun!