June is an amazing month in Budapest with lots of things going on and with nice and warm weather. The temperatures are normally bearable, making it a more ideal month to come to the capital of Hungary than for example July.

Since I started writing about the June weather in Budapest it might be useful to know that the average temperature in Budapest in June is around 20 Celsius. This might very, so in terrible years it goes as low as 15 Celsius, but in very warm years it might be around 25 Celsius. Still, June is month when you normally will be able to wear your summer clothes, without having to escape to often into the shadow to escape from degrees above 35 Celsius.

There are quite a lot of festivals going on in June in Budapest. Some of them are not arranged at the same time every year, but here you will find information about some of those festival you should not miss out on if you come to Budapest in June.

This is one of the most popular festivals in Budapest throughout the entire year. In the start it was arranged in September, but the arrangers have now made it a pre summer festival instead. Hopefully it will prove out to be a good decision. This is the place to taste hundreds of different kinds of beers and have lots of fun for 4-5 days.
Beer festival dates 2013: June 13th-16th

The Belgian Beer festival is the place for those who love Belgian beers. It is arranged in the Vajdahunyad Castle area in the City Park in the Museum of Agriculture there. Check it out if you are a beerlover in Budapest when this festival is going on.
Belgian Beer Festival dates 2013: May 31st-June 2nd

Hungary is very well known for its goose liver (foie gras) and if you love it just as much as many Hungarians do, you definitely need to be there at the goose liver festival. This was arranged in June in both 2011 and 2012, but so far it seems as there will be no festival in 2013
Goose liver festival 2013: no dates yet

Hungary has for a long time been known as a nation where you get lots of food on your plate, but not so well known as a nation where you come to eat the finest bites of upper quality. This pictures is however changing, and now with two Michelin starred restaurants in town and lots of focus on fine dining, the Gourmet festival will let you taste and see the best of the best in Hungary.
Gourmet festival 2013 dates: May 31st-June 2nd

New in 2013 is the Giant Ferris Wheel on the Elisabeth square. This opened on June 7th and will be running until the end of July in 2013. Make sure to check it out if you are in town.

Other great June activities in Budapest are river cruises on the Danube, wine tastings, folklore shows, organ concerts in the St. Stephens Basilica and lots of other stuff.

If you have any further advises and tips, why not write a comment and share your ideas.

[toggle Title=”What happened in June 2013?”]June in 2013 in Budapest was most of all famous for the giant flood. In Budapest the water was almost 9 meters above the normal height. Luckily Budapest managed to resist the water in quite a good way. When it comes to the weather the first weeks of June had cold weather, then followed by extreme heat for 10 days, and after that back to 20 Celsius.[/toggle]

Budapest is one of the most amazing cities in the world to visit during spring. The sun is shining, the view is stunning and the people smile and enjoy that the winter has finally left them. One important thing when preparing for such a travel is to find a good hotel and here we have some recommendations for you.

When you look for a hotel in Budapest you should absolutely go for a hotel with a central location. A good location makes everything easier and you do not have to spend lots of time getting to the shopping street and central areas. A good price is important as well, so here we will recommend you three hotels in Budapest with great prices and fantastic location at the moment. 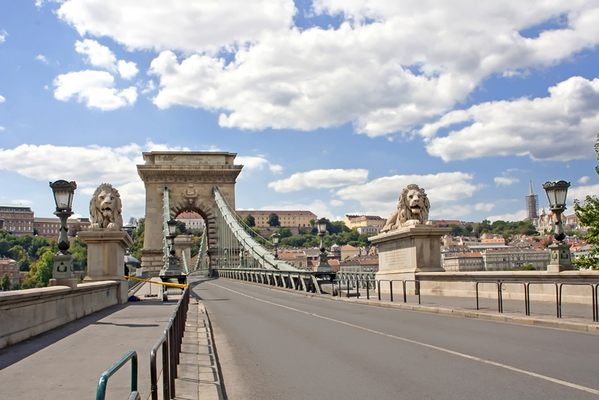 If you are ready for loud music and some real heavy music, then Megadeth is the concert to visit in Budapest. They will perform in Petöfi Csarnok June 20th 2010 and this will be a dazzling event for Megadeth fans in Hungary. If you would like to be there, use the link below for ticket information and prices.

Other events in Budapest

Concerts and events in Madrid