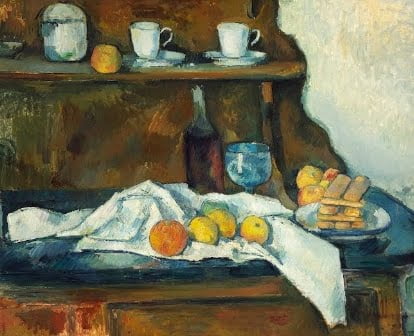 The Museum of Fine Arts is located in the capital of Hungary, Budapest and it was one of the first museums in Hungary that joined to this innovative and unique project to the Google Art Project in 2012.

The main goal of the Google Art Project is to bring closer the audience to the greatest master pieces of the museum. This new technique let everyone to discover more on the paintings and it makes it possible to check even the smallest details on the paintings. It is also important that with this new technique all the art works will be saved for the next generations. With the Google Art Project 30 art works of the museum will be available only with a few clicks from home. The new technique works just like the Google street view and it will open up new possibilities in the world of art and for everyone who is interested in art. On the art works with Google Art Project you can check all the small and hidden details which can not be seen otherwise.

Sounds cool, doesn’t it? Check it out right here! For more information on the museum itself and its temporary exhibitions, check this site.

The exhibition on Lechner Ödön is shown in the capital of Hungary in Budapest from this November. At the exhibition, which is arranged in one of the masterpieces of the architect himself, you can get to know more about this building and other creations origining from the hand of Lechner Ödön.

Lechner was a Hungarian architect who was born in 1845 and he died in 1914. Lechner was part of the Hungarian Secession movement. The exhibition shows the greatest works of the Hungarian architecture through different pictures. The exhibition focuses on the most beautiful architectural works of him including the Kecskeméti City Hall, the parish church of Budapest Kőbánya, the Museum of Applied Arts, the Institute of Geology and the Postal Savings Bank. All of these are nominated for UNESCO. At the museum visitors also have the chance to see the original working drawings as well. The exhibition on Lechner Ödön is shown from 20th November 2014 until 31st May 2015.

The exhibition is held in Budapest at Museum of Applied Arts. The museum is open every day from Tuesday to Sunday from 10 in the morning until 6 in the evening. On Mondays the museum is closed.

For more information on the museums in Budapest and ongoing exhibitions, visit this site. 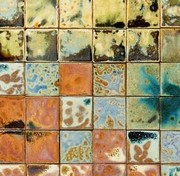 We mostly recommend our next article to those who love to admire. We are talking about an exhibition at the beautiful and symbolic museum of Budapest, the Museum of Applied Arts. Visitors could see a part of the museum’s 2013 project of Art Nouveau with the title Bigot Pavilon.

Everything started in 1900 when they organized the “Art Nouveau World Expo” in Paris. The Museum of Applied Arts director was Radisics Jenő, who bought several beautiful pieces here. The bought things included Alexander Bigot’s several works, architectural specimens, like ashlars, fireplace frames, plastic decorated columns, consoles and friezes. The bought objects have been in the Museum of Decorative Art’s (Applied Arts) warehouse and in addition to the XX century’s audience in Paris nobody could see them – until now.

The museum decided to release Radasics’s best purchases; moreover they completed it with a drinking set what made in the Bigot’s ceramics factory around 1900. The drinking set’s form, incredibly beautiful gloss, demanding silver socket evoke luxury and wealth. Actually the museum could buy this piece with the government’s help in the end of 2012. Between the exhibited objects there are building ceramics, what you can see on secession buildings’ and palaces’ frontage in Paris today too.

If you spend some day in Budapest and you are fascinated by the Museum of Applied Arts building, feel free yourself and check this and the other exhibitions too!

In London you can find a whole lot of amazing museums, but one of the nicest of them all is the Victoria and Albert museum. But, instead of traveling to London to see the museum we have a better suggestion. Visit the Museum of Applied Arts in Budapest instead, and see more than 320 objects from the museum in London exhibited there.

The exhibition is open from today (June 15th) and will be available until September 16th. The subject of the exhibition is among others; What did they consider art during the industrial revolution? What was considered pretty during those days? Is it only now a problem with ugly mass production, or was it a problem back then as well?

This exhibition has not arrived directly from London to Budapest, as it has been exhibited in Bonn for quite a while, and from there they transported it on to Budapest. If you would like to check out this exhibition read more about museums in Budapest and go visit the exhibition in the Museum of Applied Arts

Visitors to Budapest can now enjoy the exiting exhibition presenting the works of Sass Brunner and Elisabeth Brunner. In 1929 the ladies followed a dream, and set of to India on foot. They reached the land of their dreams and in this exhibition you can see paintings and other works of the two dreamers leaving for India.  The exhibition can be seen in the Museum of Applied Arts, the beautiful building by Üllöi Út.

The exhibition named Mirror to the World is an interesting exhibition arranged in the Museum of Applied Arts in the center of Budapest. This exhibition shows how our habits of spending, using and throwing away has a destructive effect on our surroundings and the earth. This is an exhibition that has something to say, and it might in fact be worth visiting this one!

There will be quite some different exhibitions going on in addition to the permanent exhibition in the Museum of Applied Arts in October and November (2009). Below you can see some of them: