This weekened there will be a Beer and Blues festival arranged in Budapest. The area is the Corvin quarter (Corvin negyed) which can easily be reached using the blue metro.

This festival is arranged for the first time in Budapest this weekend and on both Saturday and Sunday there will be great concerts, competition and events in the festival area which is just next to the Corvin shopping mall. There will be quite some micro breweries represented at the festival, but people can also taste Hungarian wine, palinka and of course traditional food meanwhile listening to blues music at the festival.

The official programs will take place between 16.00 and 22.00 on the two festival days. Entrance to the area is of course free!

The most famous artist performing is Big Daddy Wilson. Come and join this great initiative.

We recently got the sad news that the famous Amusement Park in Budapest will close. The park has been open since 1950, but now the area will turn into a part of the Budapest Zoo. But, before it park wants to go down with a bang, so in all of September we can enjoy a “night in the amusement park.” 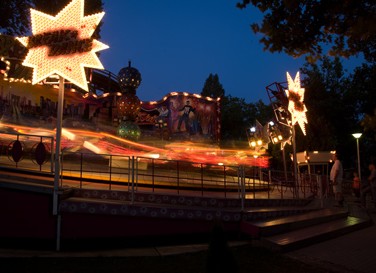 When the Sun goes down, the city lights are turned on and that is when life starts in the City Park. That is why you can visit the amusement park in all of September from 8 PM until 1.30 AM.

The Night Amusement Park’s ticket prices are a little bit more favorable than during daytime. Those, who buy their ticket after 8 PM have to pay only 3300 Forint instead of the original 5000 Forint, and they can enjoy the flickering lights and popular toys. Moreover you can buy the night tickets earlier than 8 PM, so you don’t have to spend neither a second from your precious night time at the Amusement Park in the line.

If you spend some days in the Hungarian capital, Budapest in September 2013, you definitely should visit the Amusement Park until you can and make this visit more special with the night’s atmosphere and lights. Don’t miss this adventure! Have fun!

As most people know, Hungary is a horse nation. Already at the old times, Hungarian man and his horse were inseparable partner. It was also a part of the burial tradition, meaning that when a horseman died, they buried him with his horse. The National Gallop would like to reproduce this and later horse traditions between 20 and 22 September 2013 at the Heroes Square, and it welcomes everybody.

The National Gallop is not just a simple horse festival with competitions, it is tradition. The event will be very special, because its place will be an important tourist center, the Heroes Square. The competitions will be around the famous square; beside this you could find the Gallop Promenade and Country Kitchen at the Andrássy Avenue. During the National Gallop, countryside will move to the capital to make stronger the connection between the center and the area. Moreover it could be a great opportunity for those, who would like to meet the Hungarian countryside, but don’t have enough time to visit places outside the capital, while they are here.

During the National Gallop 100 country towns will get chance to show themselves in front of the audience. The competitor horses will arrive from the whole territory of Hungary. Of course, several country towns will welcome visitors with loads of interesting programs besides the capital.

If you will stay in the Hungarian capital, Budapest between 20 and 22 September 2013, you definitely should go to the Heroes Square and have a great time at the National Gallop!

More events and concerts in Budapest

If you come to Budapest in September, here are some of the programs worth visiting. If you have questions or further advises, let your voice be heard in the Budapest forum.

Some of the hottest events in Budapest in September:

Magyar Dal Napja: September 8th
A day when Hungarian music is in focus with programs all around the nation of Hungary.

Budafoki wine festival: September 7th and 8th
A great festival packed with people, mostly locals. Take tram 47 from Deak Ferenc ter to the end station and you will be at the festival area. Lots of wine and champagne and other stuff at low prices.

International wine festival: September 11th – 15th
One of the most popular festivals in Hungary every year. Arranged in the castle area. At the festival you can taste about 5000 different wines.

Chocolate festival: September 20th – 22nd
If you like cakes, chocolates and sweets, this festival in the Castle area is for you!

These are only some of the highlights. More information about Budapest in September at the Budapest blog.

Want to get to know more about Hungarian Music? Visit Budapest on the Hungarian Song Day (Magyar Dal Napja) on September 8th. There will be programs in several venues and you can get an impression of the diversity in Hungarian music if you enjoy the programs available on this day.

We recommend our next program for those, who like music and open to the foreign music, and consider it no problem if they don’t understand the lyrics. In Hungary the Hungarian Song Day has been arranged since 2008, and so it is coming back in 2013 as well. The program’s date is 8 September 2013 in different cities in Hungary. However the center of the festival is a Hungarian little city, Békéscsaba, but of course the capital Budapest will be turned into a musical paradise on this day in addition to many other cities.

Those who visit Budapest could run accidentally or direct into one place or program of the Hungarian Song Day, The famous Akárium club in the heart of the capital, at the Erzsébet Square will give place to the Jazz Song Stage, where jazz lovers could listen their favorites. On the tram number 4’s tramway the Hungarian yellow tram change to Melody Tram one week before the main day, and this nostalgia tram will deliver the musicians. The Duna Palace, which built in the 19th century and it was a casino, will provide classic music for the fanatics.

Do not miss the Hungarian Song Day on 8 September 2013 in Budapest or in other city in Hungary. Meet the Hungarian culture’s music from the expressly traditional to styles from overseas. Believe us, you won’t be disappointed! Have fun!

One day before the Hungarian Song Day, on 7 September 2013 the Millenárius park will fill with life, music and other programs on the Public Media Day. On this day you could see and hear the Hungarian Radio 2’s, or Petőfi Radio’s annual concert, the Szimfonik Live 3.0.

On this concert 30 popular artists will show their hits, what will be escorted by the Hungarian Radio’s symphonic band. The result will be the shake of classic and pop music.

The first time when the MTVA showed the Szimfonik Live was in 2011 on the 0 day of popular Sziget Festival. The initiative got huge success, so the organizers decided to make a tradition from the concert, and the interested audience is getting bigger and bigger in every year.

The 30 artists, who will give concert, are the Hungarian pop music life’s most outstanding members. Nonetheless we warmly recommend: visit the concert or the whole day program to meet better for example the Hungarian music life. Between the artists there will be band or solo, rock, reggae, pop, alternative and hip hop, so everybody could find the perfect program for themselves, even if only for one or two songs.

If you will be in Budapest on 7 September 2013 on the Public Media Day, visit the Millenáris park and enjoy the whole day cool shows, programs and exhibitions!

This day would be a perfect program opportunity for those, who will be in Budapest on 7 September 2013. Have fun! 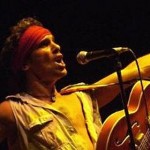 Another famous star will visit our country on 7 September 2013, Manu Chao! His music is very colorful; he sings in French, Spanish, Arab, Portugal, English and Wolof language, he frequently changes the language in one song.

In his lyrics the topics include love, life in a ghetto and immigration. He openly undertakes his political views in his art too. He uses lots of music style, for example Rock and Roll, French chanson, salsa, reggae, ska and Algerian raï. These influences reached him with the French immigrates, the Spanish contacts, but mostly when he traveled to Middle-America after the band Mano Negra broke up. Manu Chao is well known member of the alternative music community in Paris, however he is not famous in the whole world.

José-Manuel Thomas Arthur Chao or Manu Chao was born in 21 June 1961 in Paris. However, his parents are Spanish; Manu was already born in Paris, because the family fled from the home country because of Franco’s dictatorship. His career started in Paris too. He was the member of several popular French alternative band before the foundation of Mano Negra.

He played in Hungary 5 years ago, and who knows when will be the next time, so do not think about it twice, if you are a real music fan too. The atmosphere will be revolutionary. So do not miss Manu Chao on 7 September 2013 on the Budapest Park’s stage! Have fun!